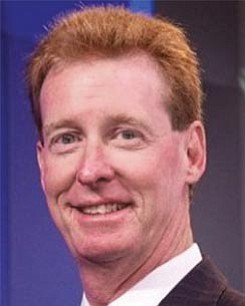 Kevin Gorman is the CEO of Neurocrine Biosciences, where he’s led the drugmaker’s product from the labs to the market. The company makes a drug called Ingrezza, which just earned FDA approval in 2017. The drug treats tardive dyskinesia, a condition that causes uncontrollable stiff, jerky movements in the face and body (often caused by long-term use of psychiatric drugs). Before Ingrezza, there were no treatments for TD patients. Gorman has been with Neurocrine practically since its inception, joining in 1993. He’s served in multiple executive positions, including chief business officer, chief operating officer, president, and chief financial officer. Previously, he was a principal at Avalon Medical Partners, L.P., where he was responsible for the founding of several biotech companies including Onyx Pharmaceuticals, Metra Biosystems, and Ariad Pharmaceuticals.