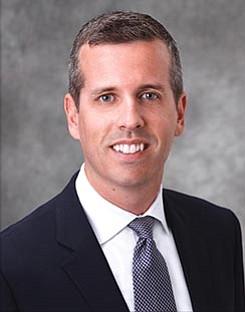 In December 2016, California Bank & Trust added the titles of president and CEO to CFO Eric Ellingsen’s roster of achievements. His role now includes oversight of small business and branch banking for San Diego and Northern California, in addition to serving as head of corporate services. In September 2017, readers of The San Diego Union-Tribune voted California Bank & Trust (CB&T) as the region’s “Best Bank” for the seventh consecutive year. They also chose CB&T as the “Best Commercial Bank” for the fourth year in a row. Ellingsen began his banking career with California Bank & Trust in 1999 and became CFO in 2012. The bank has more than $11 billion in assets and nearly 100 branches statewide.

TOP HONOR: He was named CFO of the Year in 2014 by the San Diego Business Journal.

SCANDINAVIAN ROOTS: He is a native of Oslo, Norway.