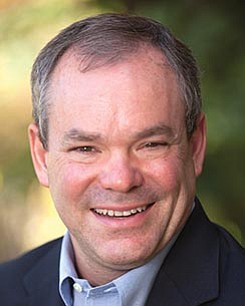 David Johnson is president and CEO of Achates Power, a San Diego-based manufacturer with $100 million in private funding and a goal of revolutionizing the combustion engine. Johnson joined the company in 2008. Under Johnson’s leadership, Achates Power and its partners received a $9 million grant from the U.S. Department of Energy. The grant was given so the companies could develop opposed-piston engines that are expected to be 50-percent more fuel efficient.

FUN FACT: He and his wife were born in the same hospital three months apart.