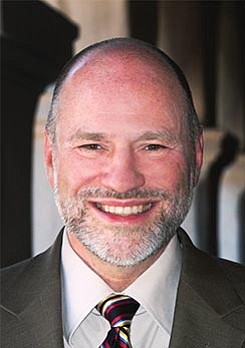 Tomas Herrera-Mishler is president and CEO of the Balboa Park Conservancy. He came to the San Diego conservancy with a portfolio of non-profit accomplishments, which included his help in raising $30 million for the Buffalo Olmsted Parks. Herrera-Mishler began his career as a landscape architect and planner in the commercial sector before moving into non-profits including Philadelphia’s Awbury Arboretum and the Airlie Gardens in Wilmington, N. C. A founding board member of the Western New York Environmental Alliance, he was named Preservation Hero of the year by the Library of American Historic Landscapes. Recent accomplishments at the Balboa Park Conservancy include the launch of a $700,000 partnership with the city of San Diego to plant trees in the park.

BUCKET LIST: Summer vacation on the Greek Island of Corfu.

FUN FACT: “I am a dual citizen, born to American parents in Morelia, Michoacan, Mexico, and raised in Latin America. Moving to the U.S. from Mexico City as a teenager was a big challenge that forced me to learn how to adapt to a new culture and to snow!”