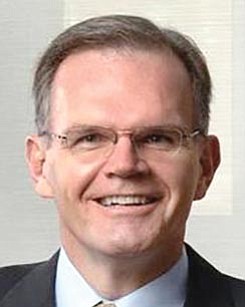 James Harris in 2015 became President of USD and has since introduced “Envisioning 2024,” a strategic planning process as the university looks ahead to its 75th anniversary in the 2024. He also launched the public phase of Leading Change: The Campaign for USD, which represents the most ambitious fundraising effort in the history of the university. Harris and USD have served as the convener for work on the problem of homelessness in San Diego, hosting monthly discussions in conjunction with Peter Seidler and Dan Shea. Harris is a board member of the San Diego Regional EDC, the World President’s Organization San Diego and national chapters, the Monarch School and the Alliance for Southern California Innovation, among others.

BUCKET LIST: Having a private audience with Pope Francis

FAVORITE ADVICE : “When I was a teenager and felt as if I didn’t exist in the eyes of some people during a summer job, my grandmother told me to never forget what it feels like to be invisible.”