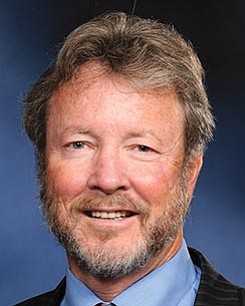 OUTSIDE INTERESTS: Has served as a Red Coat for the Holiday and Poinsettia Bowls, and as a member of Lambda Alpha International, Lincoln Club, the San Diego Port Tenants Association and Downtown San Diego Partnership.