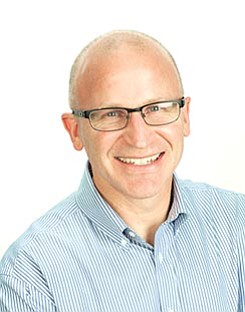 Joel Davis is the vice president and general manager at KGTV/ABC 10 in San Diego. His responsibilities include managing the San Diego Azteca America affiliate. Davis started his career with both reporting and anchor spots before going into management roles in Central California and Central Florida. Davis came to San Diego in 2009 to become the news director at KGTV, was promoted to station manager in 2014 and to general manager last year. Davis’ long list of journalism awards includes 15 Emmy awards for best newscast at KGTV

BUSINESS ADVICE: Find a career that you’re passionate about because you’ll spend a lot of hours at work.

CIVIC INVOLVEMENT: Board member of the California Broadcasters Association, LEAD San Diego, and the Iowa State University Journalism Alumni Board.