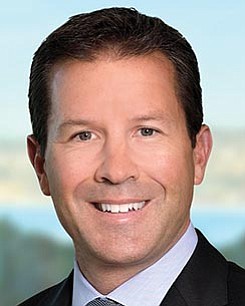 Trevor Callan co-founded Callan Capital with his brothers, Tim Callan and Ryan Callan, in 2007. Trevor Callan is responsible for portfolio construction, asset management and corporate executive services. A career that began in 1992 with Shearson Lehman Brothers, moved to Merrill Lynch, where Callan became a first vice president. He is active in the community, co-founding the Equinox Center and the PEERS Network, which has raised more than $1 million since 2009. The Callans celebrated their company’s 10-year anniversary in January. In April, the brothers opened a second office in Austin, Texas.

HOBBY: Heli-skiing, surfing and camping with my daughter.

FUN FACT: Each June, I travel to a new destination abroad to live and work.