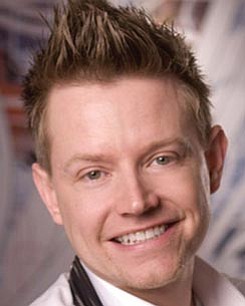 Richard Blais is an accomplished chef who has been involved in high-profile local restaurants and reality TV shows. He and Micheal Rosen open critically acclaimed Juniper & Ivy in Little Italy in 2014, helping jump start the food scene in the re-gentrified neighborhood. Blais in 2015 was part of a group that opened The Crack Shack, a fast-casual concept with a creative chicken-and-egg based menu. In 2016 the group opened another Crack Shack storefront in Encinitas. Blais currently owns and operates Trail Blais, a consulting firm that has worked on, among others, the Flip Burger Boutique in the Southeast. He remains a regular on the Food Network. He also has written two cookbooks. He is perhaps best known for appearing as a contestant on the fourth season of Top Chef and winning the all-star competition. He was a main judge in 2014-15.

DEBUT: His first cooking job was at a McDonald’s.