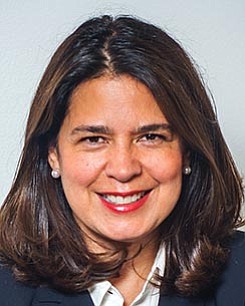 Marcela Celorio was appointed Consul General to San Diego in December 2015. In May 2017, her diplomatic role expanded to include her promotion to ambassador. She came to San Diego after serving as the deputy consul general in New York City. She is a career diplomat with 16 years of service to the Mexican Ministry of Foreign Affairs and Ministry of the Interior, including assignments to the Mexican embassies in Israel, Belgium and in Washington, D.C., where she served as chief of staff and political advisor.

SLOGAN: Behind a great woman there is a great team, “like the one I lead at the Consulate General of Mexico in San Diego.”