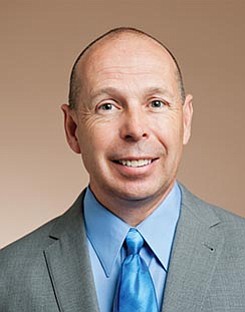 Joe Beery became the senior vice president of information technology and chief information officer of Thermo Fisher Scientific in 2014, following its acquisition of Life Technologies, where he served in the same role. He has been instrumental in creating a unified company culture, and improving operational reliability. He came to Life Technologies from Invitrogen, which merged with Applied Biosytems in 2008. The promotion of Mark Stevenson, who was president of the Life Sciences Solutions division, to chief operating officer in August 2017 along with the company’s continued strong growth in Carlsbad, indicates San Diego County’s importance to the future of Thermo Fisher since the company’s 2014 purchase of Carlsbad’s Life Technologies for $13.6 billion. As part of the promotion, Stevenson will work closely with Beery to lead Thermo Fisher’s push to become the world’s leading digital science company, by developing its digital science capabilities.

BEST PART: Knowing Thermo Fisher Scientific has an impact on the lives of so many people.

TOUGHEST CHALLENGE: Being the CIO of one of the major airlines during: the Sept. 11 terrorist attacks.

BEST ADVICE: Recognized how much the world is changing, stay current and always be humble.

LOOKING FORWARD: “How the world of health care is going to change and how we can be part of it.”