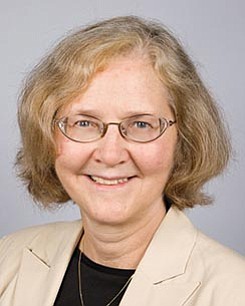 Elizabeth Blackburn is the first female president to lead The Salk Institute for Biological Studies, where she has served since 2016. There, she leads an elite group of scientists in the fields of cancer, neuroscience, aging, and plant biology. She came to Salk from UC San Francisco, where she was a professor in the department of biochemistry and biophysics. Blackburn won the Nobel Prize in Physiology or Medicine in 2009 for discovering the molecular nature of telomeres, which are thought to play a role in aging and diseases such as cancer. Along with the Nobel Prize, Blackburn has received some of the major awards in science, including the Lasker, Gruber, and Gairdner prizes.

INSPIRATION: Inspired by her fascination with animals and a biography of the iconic French scientist Marie Curie, Blackburn chose to pursue a career in science.