San Diego — Diversity continues to be a buzzword throughout the 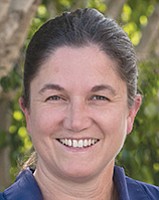 life science community, and deservedly so. It’s clear our industry is lacking in diversity, in terms of gender makeup, race and ethnicity—and it’s notably apparent at the executive and management levels.

The problem isn’t limited to San Diego, of course. But in a city like ours, where life sciences contribute more to our economy than tourism, it’s a problem we must prioritize.

In 2015, women filled 47 percent of all U.S. jobs but only 24 percent of science, technology, engineering or math (STEM) jobs, the U.S. Department of Commerce reports. Meanwhile, Hispanics made up just six percent of science and engineering employees and African Americans only five percent, according to a 2017 report from the National Center for Science and Engineering Statistics.

While this problem often results in homogenous boardrooms, the solution must take hold much earlier in the talent pipeline. It must begin in our schools and our communities, which hold great influence over the career aspirations of our young students. As business leaders of San Diego, we play an important role, too. We must work harder to invite young women and minorities to attain STEM-related degrees and enter the science and technology workforce.

Home to world-leading companies such as Illumina, Qualcomm, and ViaSat (as well as more than 1,000 other life science and tech firms), our region’s economy will depend on having a talented, inspired and diverse pool of talent. Not to mention, these are rewarding and high-paying jobs with a mission to improve quality of life for people all over the world.

So we should be concerned when we learn that even though women earn undergraduate degrees at a higher rate than men, they account for a mere 30 percent of all STEM degree holders. And those women that do hold STEM degrees are more likely to choose a career in education or health care versus a STEM occupation.

We should also be troubled by the fact that underrepresented minorities made up only about one-fifth of science and engineering degrees earned in our country. Given that Hispanics and African Americans make up 18 percent and 13 percent of the U.S. population, respectively, a clear gap is evident.

San Diego is more than a beautiful place to live. We’re a “smart city” and one of the most ethnically diverse cities in the U.S. with more than 100 languages spoken, according to National Geographic.