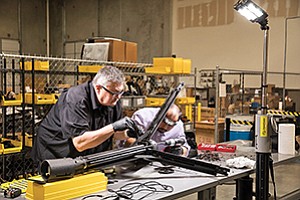 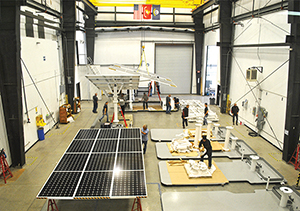 San Diego — When specialized lighting manufacturer FoxFury LLC goes to international trade shows, it never hurts to mention the company is based in San Diego County.

“U.S. products are premium, and we always push the technology. And San Diego’s really known for technology,” she said.

Cugini said FoxFury’s international sales increased by at least 10 percent during the last five years and now make up about one-third of its revenues. She expects exports will only grow in coming years, and may soon comprise half of the company’s sales. 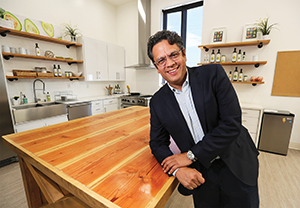 Gabriel Perez Krieb is CEO of San Diego-based Chosen Foods. Overseas sales have expanded fast at the company, maker of avocado oil, sesame oil and other food products for health-conscious consumers. The value of its exports to Canada alone were up more than 40 percent during the past 12 months, Krieb said; he predicted 50 percent growth across the board, domestic and international, in 2018.

Overseas sales have expanded even faster at San Diego-based Chosen Foods, maker of avocado oil, sesame oil and other food products for health-conscious consumers. The value of its exports to Canada alone were up more than 40 percent during the past 12 months, CEO and Chairman Gabriel Perez Krieb said; he predicted 50 percent growth across the board, domestic and international, in 2018.

While the company has actively promoted its products abroad, Krieb said significant help has come from the growing international presence of retailers such as Costco, with which Chosen formed a relationship in the United States.

“There’s a lot of retailers that have operations in (Canada, Mexico and the United States), so it’s seamless to be able to transition in those close markets,” he said. He added the company exports to Europe, Asia and South America, as well, even as 70 percent of its sales are domestic.

Rough Draft’s international sales now account for about 5 percent of its revenues, which Silver deems “very healthy.” He said the key to getting established in another country is to forge partnerships with businesses operating there.

“It’s completely dependent on having a partner in the country,” he said.

A local, early-stage company that has seen some international sales but expects to see a lot more is Envision Solar International. It makes self-contained electric vehicle charging stations fueled only by solar power.

Founded in 2006 and reorganized as a product company five years later, Envision has about 150 stations in the United States, not including 15 or so in Europe, South America and the Caribbean.

“The fact is that the European market and Chinese market will be larger than the U.S. market for our product,” said Desmond Wheatley, Envision’s president, CEO and chairman. He added the company has a patent pending in Europe, and he said Chinese officials have indicated they will grant the company a patent in that country. Envision has several U.S. patents, as well.

Being based in San Diego makes sense on different levels, Wheatley said. The region not only offers a deep pool of talent comfortable with technology; it’s also closely tied geographically to Latin America.

“This is a great place to address those markets” in Latin America, he said.

Recruiting engineers from other states is no trouble, given San Diego’s quality of life, he said. Also, the region has a reputation – not entirely deserved, he noted – for being clean and green.

“No one is surprised that we’re a San Diego-based company,” Wheatley said.