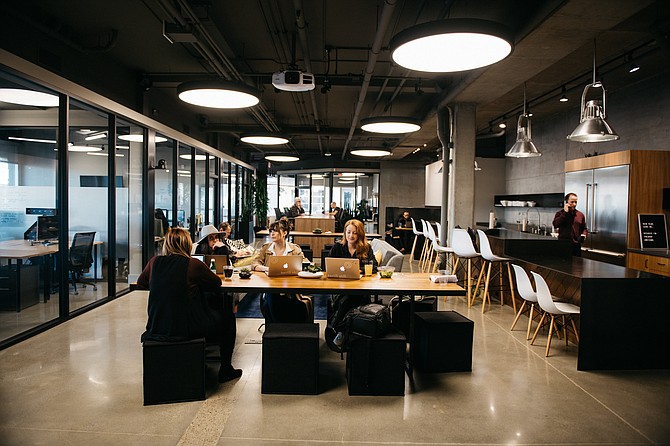 CommonGrounds Workspace is next to Carlsbad's Poinsettia train station and near South Carlsbad State Beach. The site, which is within a live-work community, has an Italian-inspired cafe called Invita adjacent to its offices.

One year after coworking space CommonGrounds Workspace made its debut in Carlsbad, the business said it plans to open as many as eight new sites in 2018, including one in downtown San Diego.

Bates also said CommonGrounds plans to incorporate other elements into its new sites in addition to shared workspace, including access to freshly prepared food, site-specific amenities for downtime (such as the surfboards and bicycles to which members in Carlsbad have access) and a fleet of cars.

The event on Feb. 1 also highlighted Invita, an Italian-inspired cafe next to the CommonGrounds offices which opened in conjunction with the workspace. Invita cafes are slated to open at each new CommonGrounds site, too, Bates said.