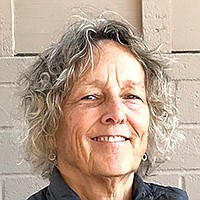 It’s never been clearer. Our continued use of fossil fuels to power our lives will worsen climate change. The 4th National Climate Assessment warns of dire consequences by 2050 if climate-altering pollution isn’t drastically reduced. A new report from the Global Carbon Project also indicates that climate pollution actually rose from 2016 to 2017, after plateauing the previous three years.

These reports detailed what our communities will face if we don’t act quickly to move away from fossil fuels. If we don’t, coastal communities should be prepared for major changes.

I am one of hundreds living near the coast in Southern California. I’m fearful over how climate change will drive sea level rise and what that means for my home and my neighbors’ homes. So, we’re trying to prepare the best we can. Carlsbad drew up a draft Sea Level Rise Vulnerability Assessment for dealing with these impacts. Other cities, like Del Mar, are struggling to determine how best to address disappearing beaches and potential property loss. It’s anticipated that Del Mar’s beaches could be gone by 2050.

Clearly, more action is needed to rein in the emissions that contribute to increasingly frequent environmental disasters. The coastal cities of Carlsbad, Del Mar, Encinitas, and Oceanside are working to obtain clean, renewable energy through the creation of a Community Choice Energy provider. Each of these coastal cities is dedicated to ending its reliance on fossil fuels and has either drafted or approved plans to deal with the effects of climate change.

My support for moving California toward 100 percent clean, renewable energy comes from my concern about the future of the planet for my children and grandchildren. As a naturalist, I constantly strive to protect our native habitats. But with air pollution speeding up the impact of climate change, protecting our habitats and communities has become complex.

I am not the only person in my community who supports a full transition to clean energy — but it took a while for us to get here, and other communities should learn from our mistakes.

Just three years ago, the California Public Utilities Commission (CPUC) approved construction of the Carlsbad Energy Center, a 500 megawatt gas-fired power plant along the coast. The CPUC greenlighted this gas plant, which will cost us customers $2.2 billion.

It’s very possible Carlsbad is the last gas plant ever constructed in California. The past three years were a boom for clean energy in San Diego, and our investments in rooftop solar could make the gas plant unnecessary even before its launch. This rapid advancement of clean energy is also pushing California’s existing gas plants into earlier retirement and making it hard to justify spending millions of customer dollars on something that could largely sit idle.

At the end of 2017, the same commission that approved the Carlsbad Energy Center stated that no other gas plants would be built in the state. The demand to use cheap, clean energy to stop the worst of climate change is turning gas plants into stranded assets before ever being built. As other communities transition from coal power, they should take a serious look at whether gas plants are the next best step for customers and the climate and look to our community to learn if building gas plants is worth the investment.

Our community holds the power to move California beyond its fossil fuel addiction, but we have to act quickly if we’re going to protect our way of life for ourselves and for future generations. While stopping the Carlsbad Energy Center from operation may be a futile fight, keeping the CPUC and other energy administrators from building or rebuilding any other gas plants is a goal we can achieve.

Paige DeCino is a former bench scientist who taught high school science for two decades. She’s been working for the last few years with the Sierra Club, Climate Reality Project and Preserve Calavera.