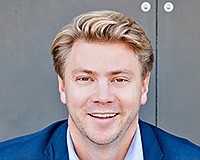 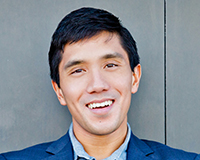 The fund recently raised $53.6 million of its $75 million goal, according to a filing with the Securities and Exchange Commission.

“There are so many great investors in the Bay Area, Boston and New York City. Those markets are adequately served,” Ocampo said. “Where we’ve had the largest impact is companies across North America outside of those large hubs. There are not as many businesses, but there are really great ones.”

Lewis and Ocampo met 12 years ago while working in investment banking. Since then, Lewis went on to become a senior associate at Bay-area growth equity firm MainSail Partners, and moved to San Diego to served as senior vice president of business development for property management software company PayLease. Ocampo most recently served as a partner with Revolution Ventures, a Washington, D.C.-based investment firm.

The two collaborated on a few local investments, including construction software company eSUB Inc. and agtech company SlantRange, before launching the fund together.

“We had talked about doing something for a really long time,” Lewis said. “Then the timing was right at the beginning of the year.”

At that point, PayLease had been acquired by Vista Equity Partners and Ocampo had left Revolution Ventures.

Blueprint focuses on investing in companies a little bit earlier than most funds. The firm focuses on fast-growing companies with between $1 million and $5 million in revenue, primarily in software, fintech and tech-enabled services.

Ocampo said they focus on those businesses because most of those companies have been bootstrapped, rather than raising institutional money.

“We like that because it means they have to have grown on their revenues,” he said.

Blueprint looks to make investments between $3 million and $10 million. The firm plans to invest in just a few companies at a time, with one to two investments per year. In addition, Blueprint provides advice on hiring sales teams, mergers and acquisitions, and recruiting executives for a board.

“We seek to be active in building alongside the founder,” Ocampo said. “We’re helping fill in where they haven’t been focused on because they’ve been so busy growing their business.”

The firm uses its own technology to automate sourcing investments, allowing it to screen hundreds of companies per day without hiring a large team. The firm currently has four employees, and is looking to grow.

Lewis said the company’s pipeline includes some companies in San Diego, and some in other markets.

“San Diego’s ecosystem is getting better and better,” Lewis said. “We figured it was a great place to do it.”