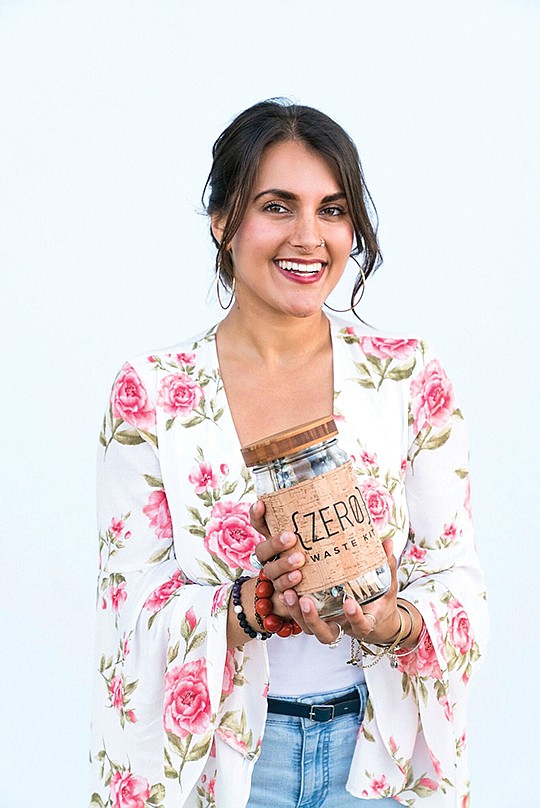 In January 2018, Marina Qutab launched the Zero Waste Kit company. In November, she started a Kickstarter campaign that had raised $19,136 as of Dec. 3 and counting. Her goal is $25,000. Photo courtesy of Zero Waste Kit 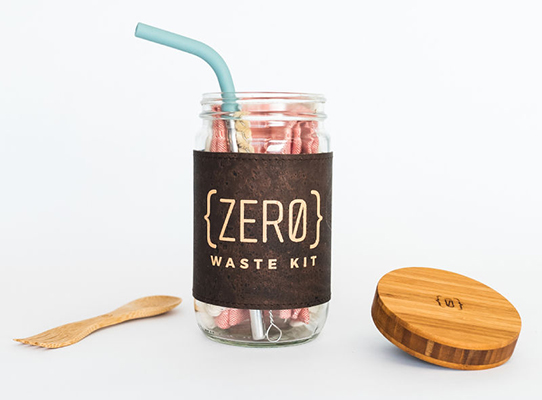 In January 2018, Marina Qutab launched the Zero Waste Kit company. In November, she started a Kickstarter campaign that had raised $19,136 as of Dec. 3 and counting. Photo courtesy of Zero Waste Kit

Last year after a holiday dinner, Marina Qutab’s father asked her what she hopes her legacy would be. She shared with him her dream of launching a zero-waste kit that provides users the ability to reduce waste in their everyday lives. The kit would include reusable replacements for some of the utensils that generate a lot of waste, including disposable forks and straws. So, they brainstormed, and she researched and in January 2018, the Zero Waste Kit Co. was officially born.

Qutab, who lives on an Encinitas organic food farm, is all about an eco-conscious life. At 24, she says she’s been living a zero-waste life for the last three years. Across her social media channels, she is known as “Eco Goddess” and has over 35,000 followers. She teaches people how to make their own makeup and their own house cleaning products, among other eco-friendly, do-it-yourself things. So, when it came down to figuring out what to include in the Zero Waste Kit, she had a pretty good idea.

After months of searching for the perfect manufacturers and suppliers, Qutab narrowed the contents of the kit down to: an ethically-sourced bamboo fork/spoon; a stainless-steel straw with eco-friendly silicone tip along with a compostable straw cleaner; and a napkin made of 100 percent upcycled fabric and handsewn by a local seamstress. These items will go inside an all-purpose glass jar source from a company in Chicago; with an organic, biodegradable bamboo lid made by a wood artisan in Portland, Oregon; and a sustainable cork sleeve handcrafted by a designer in New Orleans.

If there were any doubts up to that point of the impact this kit could have on the planet, Qutab did some market testing among friends and family and the findings were chilling for her.

“What we found was that they were able to reduce their waste by as much as 70 percent every single day,” she said.

In November, the University of Massachusetts Amherst graduate launched a Kickstarter campaign that had raised $19,136 as of Dec. 3 and counting. Her goal is $25,000. This will not only pay for manufacturing but also to help create what Qutab calls an “ecological footprint fund.” The fund will be used to donate to other environmental organizations and cut down on her own company’s carbon emissions that come with shipping some of the kit components from overseas.

The last few weeks of 2018 will consist of a final push to a list of influencers, those in her personal circle and friends in the industry, Qutab says, in hopes of reaching that goal.

Today, Zero Waste Kit has four employees and is working toward becoming a B-corp.

Although Qutab doesn’t know exactly yet how she will be streamlining the product — maybe setting up headquarters in Mexico — she plans to finalize all assembly of the kits by February and begin fulfillment in March. She also hopes to have the Zero Waste Kit available in stores across the country by next year. She will target stores like Whole Foods, Jimbo’s…Naturally and Sprouts Farmers Market. Currently, a basic kit goes for $50 but will increase to $56.99 once in stores.

“By 2023, I hope to create a global shift in consciousness and a lifestyle change around the global waste crisis,” she said, “And, by 2030, my dream is to reduce the amount of waste per person per day by 20 percent.”

May the zero-waste legacy live on.