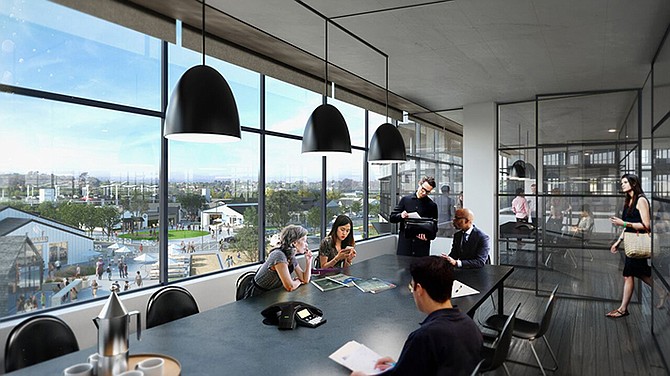 Two office buildings that are part of Kilroy Realty’s One Paseo development in Carmel Valley are drawing interest from likely tenants with leases already signed with two of them. Rendering courtesy of Kilroy Realty 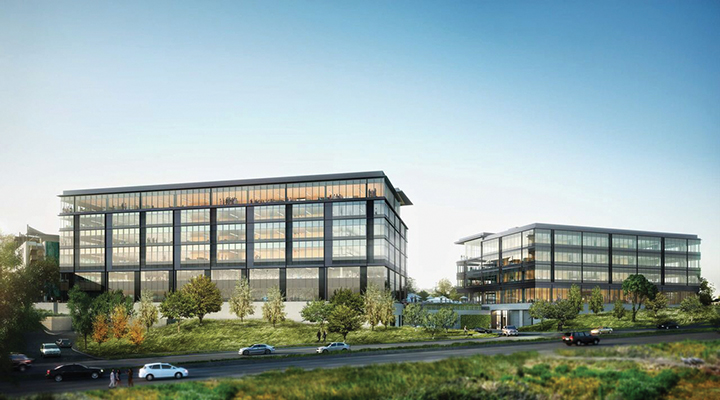 Two office buildings that are part of Kilroy Realty’s One Paseo development in Carmel Valley are drawing interest from likely tenants with leases already signed with two of them. Rendering courtesy of Kilroy Realty

Kilroy Realty has latched onto two major tenants for the two office buildings it’s constructing as part of the company’s 23-acre One Paseo mixed-use development in Carmel Valley.

With those two tenants, the office buildings are about 31 percent leased before construction has even started, aside from subterranean site work, said Kilroy Realty Senior Vice President Nelson Ackerly.

“We expect these buildings to deliver pretty full just based off the leases we have in and lease proposals as well,” Ackerly said. “San Diego is a very tough place to prelease, so when you have successful preleasing, you kind of know you have something special.”

Based in New York, Compass established a San Diego presence in February when it acquired P.S. Platinum with offices in La Jolla and started recruiting agents.

In August, Compass acquired Pacific Union International to become the largest real estate brokerage in California and the third largest in the nation.

“The move for Compass to One Paseo was an easy decision,” said Shana Pereira, San Diego general manager of Compass.

“What One Paseo represents in holding onto the community feel of Carmel Valley, but bringing a futuristic and modern vibe, is synonymous to what Compass stands for — being a full-service real estate brokerage and fostering our real estate agents’ businesses, while embracing the modern advancement of technology with the goal of making their lives easier,” Pereira said. “We hope that the move of basing our regional HQ (headquarters) at One Paseo shows our commitment to San Diego and the people that live here.”

She said Compass expects to have more than 100 agents in the One Paseo offices.

Ackerly declined to name the other companies that have lease proposals in the works for One Paseo.

“It’s a pretty good smattering of what you see in and around North County,” Ackerly said, including law firms, accounting and financing firms, life science, and real estate companies.

“We expect to be announcing more tenants in the early part of next year, if not sooner, depending on the holidays,” Ackerly said.

One Paseo is designed to be a town center for the surrounding area.

Estimated to cost $660 million, Kilroy Realty broke ground on the construction of One Paseo in January 2017 after several years of planning.

“It’s a meeting place not only for the people who live there, but for all of Carmel Valley,” Ackerly said. “It’s really bringing the urban amenities without some of the urban issues.”

In addition to the office projects, One Paseo will include 95,000 square feet of retail shops — about 85 percent of which is already leased — and 608 apartments.

The entire project is scheduled to be finished when the office buildings deliver by mid-2020.

The first retail tenants are slated to open in March 2019 and some have begun work on their space.