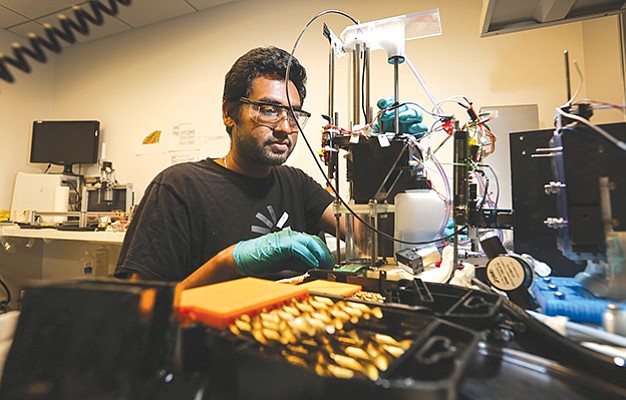 It was the first financing each of the companies reported having raised.

Fabric8Labs told the U.S. Securities and Exchange Commission in June that it had raised more than $4 million in seed financing this summer. The company, headed by CEO Jeff Herman, is developing metal 3-D printing technology that doesn’t require the use of metal powders, lasers or heat.

The money the company raised was $250,000 shy of the total offering, according to the filing.

GigaIO Networks, which is developing technology to speed connections within and between data centers, raised roughly half of a $5 million Series A financing round. It reported taking in about $2.3 million in May. The company’s CEO is Alan Benjamin. Founder Jayanta (Joey) Maitra, today GigaIO’s chief architect, launched the startup in 2012.

And Accel Robotics Corp told the SEC in February it had raised $900,000 in debt financing.

The company, which is working on service automation for retail stores, is run by Brandon Maseda. He founded the company in 2015 with Marius Buibas and Martin Cseh.