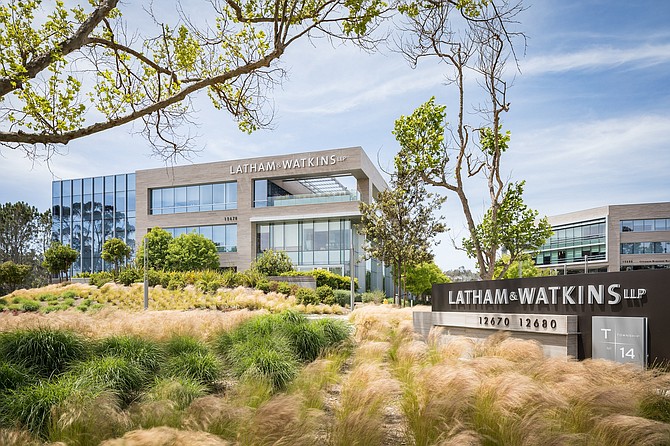 Irvine Co., the San Diego region’s largest office property owner, did not immediately disclose the purchase price. The buildings, totaling 127,000 square feet at 12670 and 12680 High Bluff Drive, were acquired from an affiliate of Nuveen, the investment management arm of New York-based TIAA-CREF, which purchased them in 2011 for $29.5 million, according to CoStar Group data.

The 1980s-era buildings at that time were known as Del Mar Corporate Plaza. TIAA-CREF subsequently invested in a significant redevelopment, overseen by Del Mar-based developer Cruzan (known then as Cruzan Monroe), which included a new four-story Carmel Valley office of the law firm Latham & Watkins.

Irvine Co. is the biggest owner of office properties in downtown San Diego and University Towne Center, and also has significant apartment holdings in UTC. It also owns large office and apartment properties in Mission Valley, as well as office holdings in Sorrento Mesa.

“Our decision to acquire Township 14 is the latest sign of our long-term faith in San Diego as one of the most attractive regions in the world for forward-thinking, growth-minded companies,” said Doug Holte, president of Irvine Company Office Properties, in a statement.