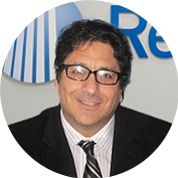 Norman joined the company during the summer. He overlapped for three months with the former CFO, Matt Byron, who stayed on to smooth the transition, according to the company. Byron was at Reliant Funding for about three years; he joined the company in 2014 and left this year to pursue other ventures.

Reliant Funding, which was founded in 2008, also has offices in New York. That’s where Norman, who manages the company’s finances and business development, is based. He reports to CEO Adam Stettner.

Norman most recently headed up Norman CFO Advisory Services LLC, through which he provided contract CFO and other services.

Previously Norman was CFO at Pay-O-Matic Corp., a chain of check cashing stores. He also previously was CEO and CFO for student credit card company Clout Financial Services, where he led the business to a $227 million exit.

He graduated from Pace University with a public accounting degree.