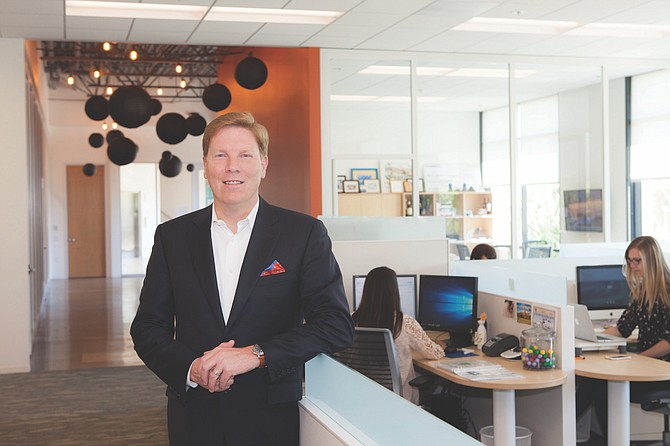 Local nonprofit Connect, San Diego’s oldest startup accelerator, has won a contract to partner with the city on a new publicly-funded accelerator program for startups.

The accelerator will include a coworking space, resources for entrepreneurs, and potentially seed capital for young companies. The city set aside $2.5 million to start the project.

Connect won the bid in partnership with the Jacobs Center for Neighborhood Innovation, which will house the program. The location is in San Diego’s Diamond neighborhood at 404 Euclid Ave.

The Jacobs Center will provide nearly 4,300 square feet at the Joe and Vi Jacobs Community Center facility as a coworking space. Connect will provide business management, mentorship, and access to capital, according to the city.

Stephen Maduli-Williams, who’s in charge of the accelerator project for the city’s Economic Development Department, said in March that the accelerator is part of a larger plan to launch multiple accelerators with a dedicated seed fund to offer startup capital to entrepreneurs.

The call for partners

The city put out a call for applications earlier this year, seeking a person or organization “with a large entrepreneurship network, proven business development success, and real estate asset management experience” to partner with the city to establish the accelerator.

The city’s ideal partner would be “a nonprofit organization, industry group, academic or research institution, coworking space, private company, venture capitalist, real estate developer, accelerator manger, or an individual,” according to the request for proposals (RFP).

The city received eight proposals for the project, including one from Downtown San Diego Partnership with some of the biggest names in the local startup world: Moniker Group, SEED San Diego, Tech Coast Angels, Startup San Diego, San Diego Venture Group, UC San Diego, University of San Diego, and San Diego State University, among many others.

But Connect’s proposal came out on top. Greg Mckee, Connect’s president and CEO, said he wasn’t sure if the nonprofit could win the bid because of the group’s lack of real estate for the coworking part of the project. The partnership with the Jacob Center solved that hangup, Mckee said.

The city planned to have the operator in place and the facility set up by July 31. Erik Caldwell, the city’s economic development director, said that the project was delayed due to the number of applications it received.