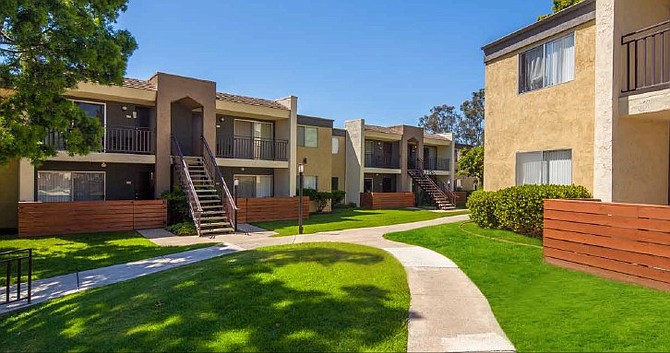 The seller of the property, at 7400 Parkway Drive, was Pacific Urban Residential of Los Angeles, which acquired it for $20 million in 2014, according to CoStar Group and public data.

In a company statement, IEC officials said they plan to complete interior renovations of the property, currently known as Verse La Mesa, and rebrand it as The Cove. Officials said the community was built in 1976 and was 96 percent occupied at the time of purchase.

Brendan Gibney, senior acquisitions associate at IEC, said the property’s current rents are below market for comparable properties in La Mesa, and IEC plans to position it as a more affordable option compared with Class A apartments in the local market.