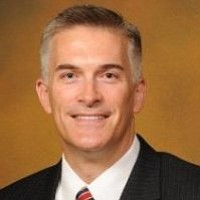 In a statement, the General Atomics unit said Ziesing “will be responsible for growth leadership and program management to transition GA-EMS advanced technologies from concept to application in support of critical undersea domain and weapon systems projects.”

“We are extremely pleased to have Rolf join the GA-EMS team to help guide the development of a robust EMALS and AAG sustainment capability for ongoing support of the Navy’s Ford-class carriers, and to help develop the export market for these first-of-kind aircraft carrier launch and recovery technologies,” said Scott Forney, president of GA-EMS, in a prepared statement.