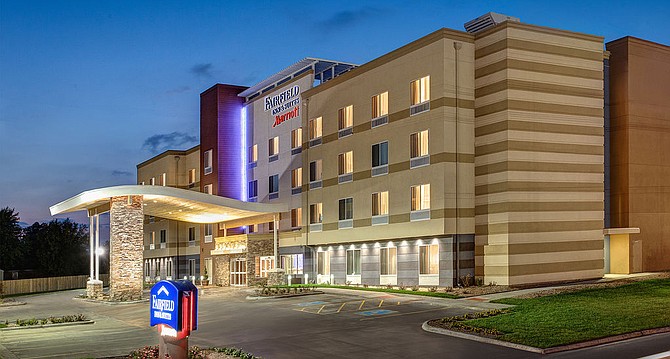 A 116-room Fairfield Inn & Suites hotel is scheduled to open in San Marcos in the second half of April, with features including the region’s first in-house service robot. The $21 million development is the first ground-up hotel project for San Diego-based operator RAR Hospitality Inc.

A statement from RAR Hospitality said the robot, with technology developed by San Jose-based Savioke, will allow guests to have food, towels and other necessities delivered to their rooms through typed messages that appear on its display screen.

Located at 227 W. San Marcos Blvd., the new four-story hotel will also have two meeting spaces, a fitness center and pool, with services including safe deposit boxes and valet dry-cleaning. The property will employ approximately 30 people.

The hotel was developed with locally based Sea Breeze Properties, which is also the master developer of Urban Villages San Marcos. The hotel’s general manager is Dallas King, with Michelle Shullo serving as director of sales.

The San Marcos project’s general contractor is Ledcor Group, with JWDA as architect and interior design by iGroup Design. Fairfield Inn & Suites is a mid-priced brand of Marriott International Inc., with more than 750 locations in the U.S., Canada, Mexico and India.

Headquartered in Rancho Bernardo, RAR Hospitality is led by CEO Robert Rauch. The company manages 23 hotels and has plans to add several properties later this year.