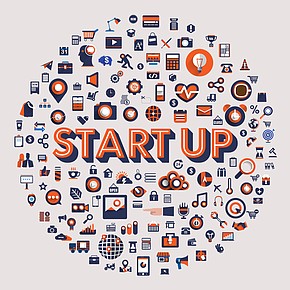 The City of San Diego is launching plans to build out a new startup accelerator complete with a coworking space, resources for entrepreneurs, and potentially seed capital for startups.

The city has already set aside up to $2.5 million for the accelerator to get its start, and is looking for an individual, nonprofit, or company to partner with on the project.

Stephen Maduli-Williams, the guy in charge of the project for the city’s Economic Development Department, said the accelerator is part of a larger plan to launch multiple accelerators and a dedicated seed fund to offer startup capital to entrepreneurs.

The project is still in its early days, getting its start last week when the city published an ad seeking an operator to lead the project. Specifically, the city is looking for a person or organization “with a large entrepreneurship network, proven business development success, and real estate asset management experience” to partner with the city to establish the accelerator.

The city’s ideal partner could be “a nonprofit organization, industry group, academic or research institution, coworking space, private company, venture capitalist, real estate developer, accelerator manger, or an individual,” according to the request for proposals (RFP).

The RFP states that the city’s role in the accelerator will be to 1.) Make an initial capital investment to prepare the facility, and 2.) Provide operating capital to the entity operating and managing the accelerator.

Potential funding in the cards

The accelerator’s location has not yet been decided, but Maduli-Williams dropped hints that it could end up in parts of downtown, East Village or Barrio Logan, should that match up with the operator’s plans.

One of the goals of the program is to impact low- to moderate-income neighborhoods through job creation, and both East Village and Barrio Logan qualify, Maduli-Williams said.

The city plans to have the operator in place and the facility set up by July 31 and will be accepting applications at that time.

In the interim, the city is taking applications for the operator position. An informational meeting will be held for potential RFP respondents during which questions may be asked. Here are the details: