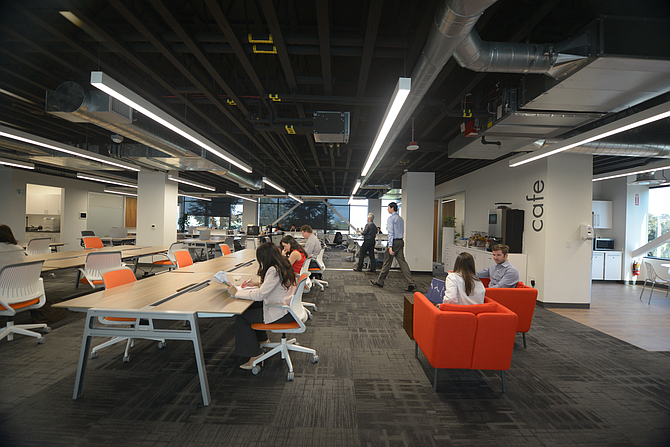 BioLabs San Diego is a coworking space for life science startups, equipped with a wet lab along with other tools for biotech companies. Photos courtesy of BioLabs.

The two companies are still flying under the radar with virtually no web or public presence, but BioLabs’ co-founder and managing director Susie Harborth did disclose their names: Lexent Bio and ImmunoActiva.

Harborth said the two startups worked out of BioLabs for three to four months before closing on funding and making plans to move to their own spaces here in San Diego.

Since opening BioLabs in San Diego last summer, Harborth said the coworking space has brought in about two to three startups per month, and serving about 20 companies to date.

No Shortage of Biotech Startups

Harborth said she was pleasantly surprised with the popularity of the BioLabs space after its launch in August, with plenty of startups vying for a spot within the coworking space.

“We always knew there was an ecosystem here in San Diego, but this has been a validation that there’s a tremendous amount of early-stage technology and talent here,” Harborth said.

The coworking space has a robust selection process, making it a bit tougher for startups to get access to space at BioLabs.

“Companies that move in tend to have a good team, good technology, and outside financing, either from grants, angel investments, or venture,” Harborth said.

BioLabs has a good mix of serial entrepreneurs (with tons of experience in launching companies), along with startup newbies including post-doc students and other researchers. That’s part of the appeal of getting in, Harborth said. BioLabs is an open lab space, meaning that entrepreneurs often mingle.

“There’s lots of cross collaboration, peer-to-peer learning, and rubbing elbows with people who have raised funding before, gone for an IPO, sold their companies, or have already been successful and are now angel investors as well as entrepreneurs,” Harborth said.