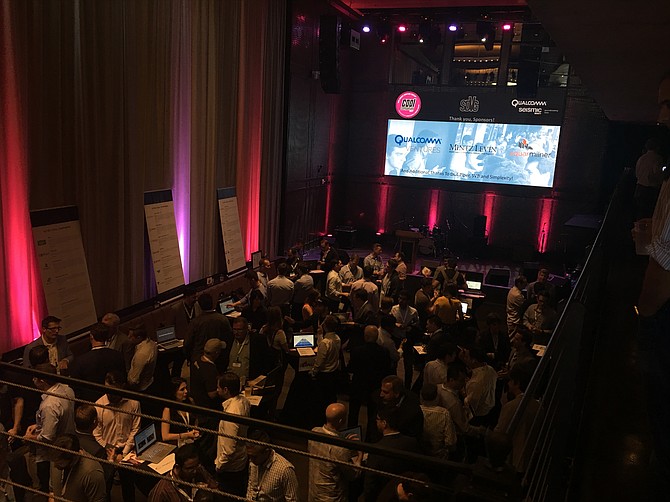 The competition, called SeismicSD, was the first of its kind in that several unaffiliated startup organizations came together to support the event, including San Diego Venture Group, tech incubator EvoNexus, angel investor group Tech Coast Angels and nonprofit Connect.

The event attracted 300 attendees and over 100 investors (almost half of which were from Silicon Valley), according to Qualcomm Ventures spokesperson Yennie Rautenberg.

“We have not seen this number of Silicon Valley investors exposed to San Diego-based startups before,” Rautenberg said in an email.

The judges of the event were all investors, including representatives from Avalon Ventures, Revolution Ventures, Seed San Diego and Qualcomm Ventures.

“We see San Diego as the epicenter of innovation in tech, and this event being the catalyst towards increasing awareness of the strength of San Diego’s startup ecosystem,” Rautenberg said.

SeismicSD’s winner, Guru, makes a smartphone app that helps people explore museums and other cultural institutions. The app increases group tour revenue by 63 percent, according to the company. The app also shows strong re-engagement of their apps (52 percent).