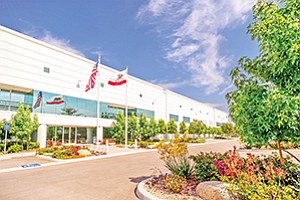 Mainfreight is based in New Zealand and has more than 240 locations worldwide. Murphy Development plans to start construction this summer on the final new building at Siempre Viva, a 79,050-square-foot spec project at 8500 Kerns St.

The signing of the new restaurant, which will be operated by 35-year restaurant industry veteran Frank Vizcarra and Executive Chef Andrew Bent, follows the developers’ earlier signing of digital marketing agency Seer Interactive as the project’s sole office tenant. Brokers at CBRE said the restaurant will debut in February 2018 on the first floor of IDEA1, on the corner of 13th and F streets, with other future retail tenants to include an undisclosed bike store and cafe.

At San Diego State University, the Los Angeles-based burger and beer restaurant Eureka! plans to debut its newest local eatery Aug. 21 at the mixed-use South Campus Plaza, a student housing complex that opened earlier this year at 5140 College Ave. This will be the second local full-service restaurant for Eureka!, which opened previously at Westfield UTC, and the restaurant will join other recently opened businesses at the SDSU complex, including grocer Trader Joe’s.