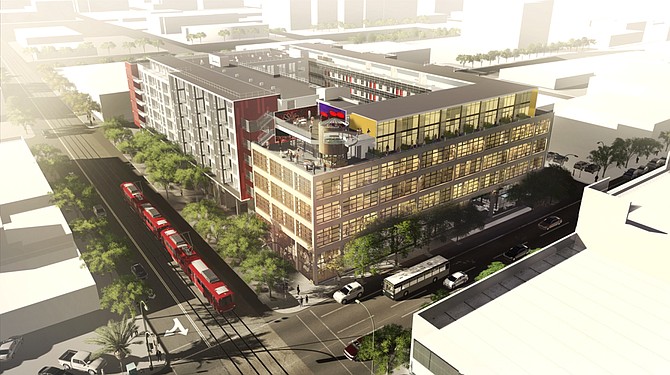 According to brokerage firm Cushman & Wakefield, which represented the project’s owner/developers, Seer Interactive has pre-leased 7,717 square feet of space in what will be the only single-tenant office in the project. Located at 1200 F St., IDEA1 is nearing completion with residential and retail elements, in addition to the office component and a courtyard with event space.

The owners were represented by Cushman & Wakefield’s Derek Hulse and Philip Roberts, and the tenant was represented by Steve Martini of Quality First Commercial. Financial and other terms of the lease were not disclosed.

In a Cushman & Wakefield statement, Hulse said Seer Interactive will occupy a space on the project’s ground corner at F Street and Park Boulevard, with 18-foot-high ceilings and floor-to-ceiling glass windows. The office also has a glass roll-up door that opens into the project’s courtyard known as The Hub, featuring collaborative space that that can be used for community speaking engagements and social events.

IDEA1 is among several projects by various developers that are underway or in planning stages, in an area of East Village known as the IDEA District. City and business leaders have geared planning to emphasize elements including innovation, design, education and the arts.

According to its website, Seer Interactive has a current office at 1510 Front St. in downtown San Diego. A Cushman & Wakefield spokesman said Seer will likely occupy the new space in early November.

“We chose the IDEA District because it’s very important to us that we contribute to the economic development of areas on the brink of transformation and rejuvenation,” said Seer Interactive CEO Wil Reynolds, in the Cushman statement.

“We opened our San Diego office in 2013 with three employees,” Reynolds said. “Now, we have grown our headcount to 25 and IDEA1 will allow us to more than triple that in the near future.”