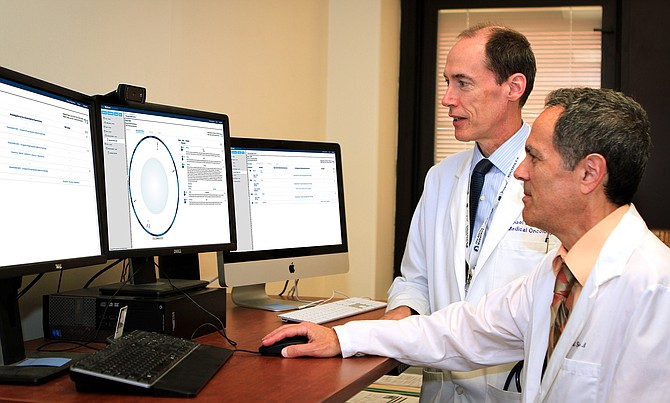 Illumina Inc. kicked off the J.P. Morgan Healthcare Conference with a bang Monday morning when the company announced a partnership with IBM Watson that could revolutionize cancer care.

Valued at $22 billion, Illumina has dominated the genetic sequencing field for many years. Now, the company wants to transition into a broader genetic health care company. This new partnership with IBM is a step in that direction. The move is an effort to get doctors to scan patients’ DNA prior to deciding on treatment.

For doctors and hospitals, there are two big questions when it comes to genetic sequencing: Which genes do they sequence, and how do they analyze the resulting data? Often, the solution is a “tumor board” in which a committee of doctors analyzes the genetic data on a case-by-case basis.

The new offering from Illumina and IBM takes out much of the work. The TruSight panel looks at 170 of the most relevant cancer-related genes. Once sequenced, scientists can use Illumina’s BaseSpace software to turn the data into what are known as genetic alteration files. This is where Illumina’s technology ends and where Watson begins.

Watson Genomics is a cloud-based system that can analyze genetic alteration files in a matter of minutes. All the researcher needs to do is input the files and then “ask” Watson to identify the mutations most likely to be cancer-causing.

“In a matter of minutes, Watson Genomics will comb professional guidelines, medical literature, clinical trials compendia, and other sources of knowledge,” the pair said in a statement. As part of the report, the supercomputer will pinpoint therapies that directly target those mutations.

In other words, scientists will typically take longer than a week to do what Watson can do in minutes.

The Watson for Genomics software for TruSight Tumor 170 will hit the market early this year.

An estimated 2 million Americans could benefit from having their tumor DNA sequenced, according to Steve Harvey, vice president of Watson Health. Yet fewer than 10 percent, and probably more like 5 percent, do. The goal of the new partnership is to make it simpler for a hospital to start doing DNA sequencing.

“Illumina’s ability to bundle the Watson report along with the TruSeq 170 enables a cancer institute or a diagnostic lab to get up and running much quicker,” Harvey said.

Illumina said the sale of DNA sequencing machines for use in cancer makes up about 10 percent of its annual sales, or about $240 million. If more hospitals start adopting the packaged system, Illumina could be in for an upswing in sales.