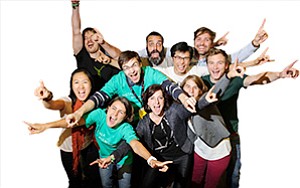 Startup Weekend brings ideas to life with a challenge to brainstorm and build out an idea in just two weekends. Photo courtesy of Startup Weekend

Startup San Diego, a local nonprofit for entrepreneurs, is holding a public meeting to plan San Diego Startup Week 2017, the biggest startup-focused event in the city.

Last summer, Startup San Diego became an official nonprofit, and the organization is largely run by a group of volunteers.

The planning meeting, which takes place on Jan. 11 at 6 p.m., is essentially an open call to anyone interested in helping to organize the weeklong event. The meeting is also an opportunity to assess the group’s resources.

In previous years, Startup San Diego has managed to corral successful startup executives and community leaders into one room to plan for the event.

Last year, San Diego Startup Week attracted over 3,000 entrepreneurs to the streets of downtown San Diego, and generated national attention for the city as an up-and-coming startup city.

The meeting will take place at the EvoNexus downtown incubator at 101 W Broadway, Suite 200. 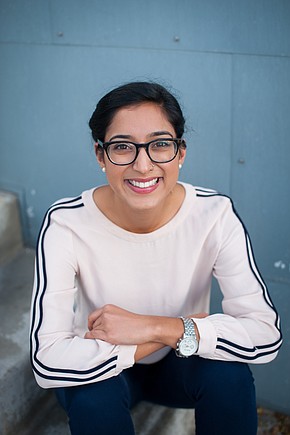 San Diego — Google and Techstars’ regional event, Startup Weekend, is coming back to San Diego later this month, but this time the group is hosting its brainstorming session on both sides of the border.

The program, powered by Google for Entrepreneurs, is designed to spur people to take action on their business ideas. But the latest iteration has another goal: to connect aspiring tech entrepreneurs with tools and potential partnerships across the border.

“There’s a lot of talk about collaboration between San Diego and Tijuana because the ecosystems are similar,” said Mia Mian, the local lead organizer of the event. But people new to entrepreneurship (or founding technology startups) may not know how to organize offshoring and nearshoring relationships, or how to connect with partners on both sides of the border.

“We only talk about manufacturing, but there’s a lot of early-stage technology startups south of the border,” Mian said.

Participants only need to buy one $75 ticket for the two-weekend event, and the price includes accommodations for two Friday night stays, some meals, and potential transportation across the border.

Here’s the agenda for the event:

Weekend 1 in San Diego (Jan. 20-21): Pitch ideas, form teams and start the customer validation process. From there, take a week to work with teams virtually before gearing up for the second weekend.

Weekend 2 in Tijuana (Jan. 27-28): Get to work in person. The weekend will end with traditional pitches for judges.

Startup Weekend, a global nonprofit based in Seattle, has organized over 1,068 events in 478 cities around the world. The organization’s last local event was in August 2016. 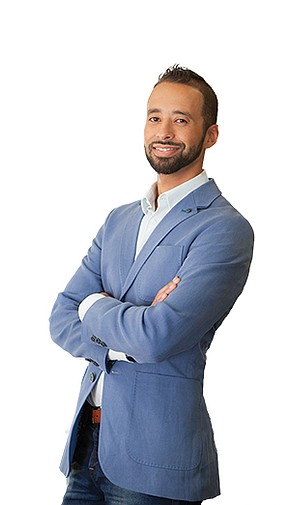 Companies in the program get six months of low-rent occupancy at CyberTECH’s office in the Manpower building in Bankers Hill.

CyberTECHpreviously announced the addition of two groups of startups to its program. Adding the third cohort means CyberTECH’s EIR program now includes more than 25 firms. The organization intends to have more than 100 San Diego-based startups by the end of 2017.

CyberTECH provides resources, programs, and leadership events for entrepreneurs and companies in the cybersecurity and “internet of things” space.

San Diego’s chapter of Startup Grind is kicking off the New Year with fresh leadership and an inaugural session featuring a new — and popular — local leader.

The inaugural session of the new Startup Grind group is a talk by local investment community leader Ashok Kamal. Kamal is the new executive director of San Diego’s Tech Coast Angels, a professional angel investing group. Kamal has had experience on both sides of the table, as an investor and a founder, making him well-suited for the entrepreneur-focused event.

Kamal will share his insights at the Startup Grind event on Jan. 12 from 6-8:30 p.m. The session will take place at one of Kamal’s portfolio company’s locations, Outsite, a co-living space in Encinitas.