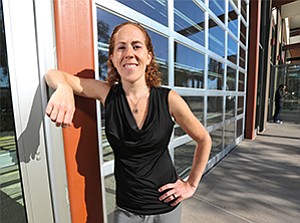 Samantha Urban, founder and CEO of Urban Translations, said the company will have 11,000 tablets deployed in 2017. Photo by Jamie Scott Lytle.

San Diego — Software startup Urban Translations has scored a partnership with Samsung Electronics that could set the San Diego company on a path for growth.

The local firm makes digital menus for the hospitality industry that helps guests order food, drinks, room service, and other amenities from a tablet. In restaurants and bars, that means ordering chicken wings from your seat instead of waiting for your server to stop by. In resorts, guests can use tablets in their rooms to book spa activities, order in meals, or buy tickets for a show, for example. The big win for travel and tourism-related companies is that Urban Translations software translates all content into any language, capturing guests who might otherwise be unreachable.

Although Urban Translations has clients in the restaurant world, the real target is casinos and resorts, said the startup’s founder, Samantha Urban.

“Casinos and resorts are high up on the list,” Urban said. “Getting into a hotel means we get tablets in 200 to 2,000 rooms. To really scale, it just makes sense to put our focus there.”

“Their representatives will fly out to join me for sales meetings,” Urban said. Samsung is also co-hosting events for the hospitality industry with Urban Translations to make a case for leveraging technology to increase their sales.

Urban said the startup’s software increases sales for its clients, according to pilot studies conducted by Urban Translations. In resorts, the company reported that clients using their software had 28 percent more room service orders and an 18 percent bump in the total price of the average check. That’s because the software takes advantage of impulse buys and up-sells, Urban said.

“As a global leader, Samsung only partners with true innovators who bring real value to customers,” said Gregg Ostrowski, vice president of Samsung Enterprise Services. “In a short time, Urban Translations is transforming the hospitality industry with their dynamic software solution.”

The startup’s partnership with Samsung is pretty extensive. The electronics giant is also taking on all of Urban Translations’ technical support.

“When you call our tech support number now, you’ll be talking to Samsung,” Urban said. “Now I don’t have to hire a team of 10 people manning a phone.”

One last major perk of the new deal is leveraging Samsung’s military-grade cybersecurity platform, called Samsung Knox. This, again, takes a lot of development effort off the shoulders of the startup.

Urban said that as soon as the startup closes its current fundraising round — a seed round they hope will total $750,000 — the software firm will be prepared for fast growth.

So far, the startup has closed on $155,000 in startup capital, raised from several angel investors including Silvia Mah, founder of female-focused startup organizations Hera Hub, Hera Labs, and Hera Fund.

Based on existing contracts and sales in the pipeline, Urban Translations expects to have 11,000 tablets deployed in 2017. 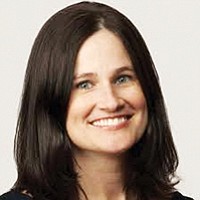 The startups, all based in Northern California, will have several avenues to collect capital through the program. First, Illumina will provide these companies with cash to get started. The companies also get access to angel investors, and will be eligible for a dollar-for-dollar match from the $40 million Illumina Accelerator Boost Capital fund when they raise between $1 million and $5 million in capital.

“Over the six months, we try to check all the boxes in building a startup, from how to build a team, to how to develop a go-to-market strategy, to how to find and secure partnerships, networking, and fundraising,” Amanda Cashin, co-founder and head of Illumina Accelerator, said in a statement.

Throughout the six-month program, the companies get lab and office space in San Francisco, where Illumina also has a campus.

Radicle, a new startup accelerator armed with a $15 million fund, has loaded up its staff with four new venture partners.

The local accelerator is honing in on a sweet spot for San Diego business, investing in startups in the agricultural and food technology space. The field is a branch of the much-lauded biotechnology industry, with deep roots in

Radicle is one of very few startup accelerators in the county that actually invests cash into early-stage ventures. The company makes $500,000 seed investments in each of its startups, and then offers guidance and mentorship as the new venture reaches for a Series A round of financing.

The accelerator fund was founded by agtech venture capital firm Finistere Ventures along with local advisory firm Cloud Break Advisors Inc., and an alliance of big industry leaders in agriculture, including Bayer Crop Science and DuPont Pioneer. The fund also was founded with the participation of OurCrowd, an equity crowdfunding platform based out of Jerusalem that has a local office in San Diego.

Radicle has beefed up its staff with four new venture partners, two of whom are based here in San Diego.

The four new guys are locals Jason Pyle and Paul Zorner, along with Midwest-based Sam Fiorello, and Canada-based Tom Urban.

Pyle has tons of experience in the agtech space, formerly serving as a top executive of San Diego-based Sapphire Energy, Triton Innovations and other local biotechnology firms.

Zorner, a venture partner at Finistere and CEO of Locus Agricultural Solutions, hold board positions for companies in agtech. His background is chock-full of positions at agricultural and renewable energy companies.

“These four impressive individuals hold a wealth of industry knowledge and will play an instrumental role helping our portfolio companies meet their next value inflection point and earn their next round of funding,” said Kirk Haney, CEO and managing partner at Radicle. “Through the Radicle ecosystem, they will have visibility into the most innovative ag and food tech startups around the globe. In close collaboration with Radicle’s extensive bench of ag experts, researchers and proven entrepreneurs, these partners will help mentor and guide the next generation of agtech innovators to ensure they reach their full potential.”