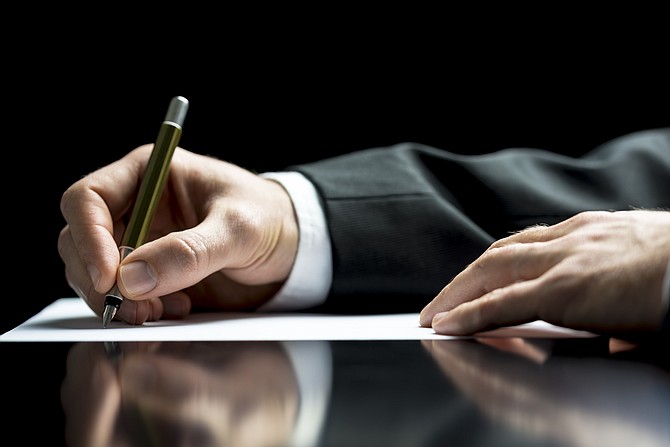 The letter is signed by nearly 40 well-known entrepreneurs, executives and investors, including Kelly Abbott and Eric Gasser of SEED San Diego, Navid Alipour from Analytics Ventures, and several members and leaders of Tech Coast Angels, including its executive director Ashok Kamal.

"At its purest form, entrepreneurship thrives on an open exchange of ideas and people from all over the world,” Kamal said in an email. “It's no coincidence that more than half of the billion-dollar U.S. startups today are founded by immigrants. Investors have an interest in welcoming and supporting the best entrepreneurs and employees — regardless of where they come from. San Diego is uniquely situated to prosper by building bridges, not walls, with promising startup communities such as Tijuana. Entrepreneurship is a truly global language and barriers hurt our competitive positioning."

Local technology and life science industries often benefit from or depend on the contributions of immigrants, the letter said.

“Every day, we benefit greatly from the intelligence, hard work, integrity and friendship of immigrant colleagues,” the letter reads. “In our experience, an individual’s country of origin bears no relation to the quality of his or her ideas, willingness to work hard, likelihood of success, or intrinsic value as a human being.”

Tech leaders from around the country, including Facebook, Google, and Microsoft, have already expressed the belief that immigration accelerates an innovation-driven economy.

“Along with their voices we add our own, concerned that compromising the spirit of diversity, inclusivity and opportunity threatens American greatness,” the letter reads. “We will not watch politely as a poorly conceived policy turns away or disheartens those who aspire to devote their time and talents to build innovative local companies.”

“San Diego is growing and becoming successful because of the region we are in, because our borders are secure but also allow free flow of business people back and forth,” Bloom said in an email. “We are seeing it becoming mutually beneficial for both sides of the border and therefore talent on either side is going to help us all be successful too.”

The full letter – which is open for additional signatures through an online form – can be read here.