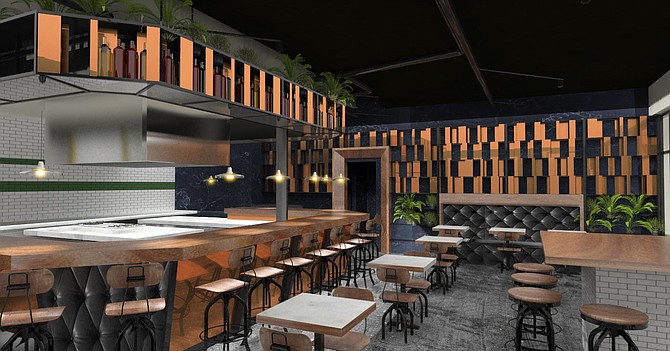 A new Italian Restaurant – Maestoso – is scheduled to open in early 2018 at The Hub Hillcrest Market, 1040 University Ave.

Maestoso will take over the space that was Napizza pizzeria.

Under the direction of chef and owner Marco Maestoso, the eatery will feature pinsa, the Roman ancestor of pizza made with a blend of rice and wheat flour.

It also will feature build-your-own fresh pastas such as pappardelle, rigatoni and lasagna, along with pork tenderloin in dark cherry sauce and seared butternut squash with ginger beet puree, complimented by Italian and California wines and local craft beers.

The new restaurant is co-owned by Dalila Ercolani and Christopher Antinucci and Giulia Colmignoli of San Diego’s Napizza restaurant group.

“I’m excited to open this new restaurant, Maestoso, in such a vibrant areas of San Diego, and am looking forward to being able to share our Roman roots with the locals while using my culinary creativity to put San Diego on every foodie’s map,” Marco Maestoso said.