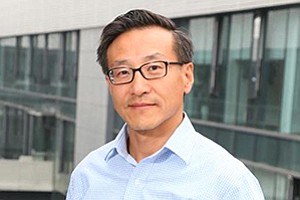 San Diego — Professional lacrosse is coming to San Diego, courtesy of a billionaire tech executive with a passion for the fast-paced sport.

The city has been awarded an expansion team by the National Lacrosse League, the largest professional indoor lacrosse league. Indoor lacrosse, also called box lacrosse, is a smaller-scale, higher-scoring version of the field version of the sport; both games have been gaining in popularity locally in recent years.

San Diego’s NLL team, which will play at the Valley View Casino Center starting in November 2018, is owned by Joseph Tsai, the 53-year-old co-founder and executive vice chairman of Chinese e-commerce giant Alibaba.

Tsai, who lives in Hong Kong and La Jolla, played collegiate lacrosse at Yale University. He has been a proponent of the sport and its international growth ever since.

Gearing Up for Expansion

It’s been a roller coaster of a year for professional sports in San Diego: the Chargers decamped for Los Angeles after more than 50 years in San Diego, and the city recently punted on a plan to bring in a Major League Soccer team.

Lacrosse league commissioner Nick Sakiewicz said the decision to bring a professional lacrosse team to San Diego is part of the league’s broader plan to expand in this part of the country.

“San Diego is a really important strategic market for us because it now puts us solidly in the Southwest,” he said.

At the moment, the NLL has five teams in the U.S., two in New York, and one each in Connecticut, Georgia and Colorado; and four in Canada, in Saskatchewan, Toronto, Vancouver and Calgary. The league was founded in 1986 under the name Eagle Pro Box Lacrosse League.

The announcement comes as the NLL is gearing up for significant expansion. Sakiewicz said the league is talking with more than 35 cities about potential new teams.

Indoor lacrosse originated in Canada, where it has been played professionally since the 1930s. As the field version has grown in popularity in the U.S., familiarity with the indoor game also has risen.

The number of youth lacrosse players in the U.S. in 2016 topped 450,000 for the first time, according to US Lacrosse, which conducts an annual participation survey. Overall participation has grown more than 225 percent since 2001, when the organization first surveyed participation in the sport, to more than 825,000.

San Diego has played a role in that growth.

“There are so many kids playing lacrosse here,” Sakiewicz said. “The growth here in the last five years has been triple-digit year on year.”

But it’s not just fans of the sport who attend NLL games, which drew an average of nearly 9,500 attendees per game last season, Sakiewicz said; the majority of those who buy tickets have never played before.

Sakiewicz, a former professional soccer goalkeeper who helped launch Major League Soccer in 1995, says the league is helping build awareness of and interest in the sport.

He remembers being told soccer would never catch on in the U.S.; now it is Americans’ fifth most popular sport to watch. Sakiewicz, who became commissioner in 2016, is betting that lacrosse will follow a similar trajectory — and that the NLL will grow and thrive along with the sport.

The team’s name, logo and brand are expected to be revealed in the fall. The league recently began selling season ticket memberships at lacrossesandiego.com.