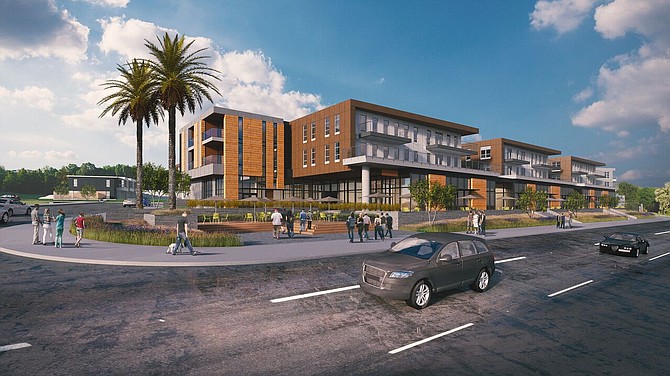 A company statement said the 172-unit project will be built at 4275 Mission Bay Drive, on the former site of the Guy Hill Cadillac auto dealership. Completion is expected in the second quarter of 2019.

Officials said the three-level development, spanning nearly three acres, is designed to serve as a new gateway to the Mission Bay Park area and marks the first new major apartment construction in that area in decades. JPI has obtained construction financing from PCCP LLC, a Los Angeles-based real estate finance and investment firm.

JPI officials said Jefferson Pacific Beach will include a public plaza, 14,000 square feet of ground-floor retail space, and creative office space. There will also be a surfboard repair station and a watersport storage space, among other amenities designed by architect Carrier Johnson + Culture.

City officials have approved changes to the vicinity that will include upgrading seven existing traffic signals, and the addition of one new traffic signal within the Mission Bay Drive corridor, among measures being taken to ensure efficient traffic flow and minimize congestion.

JPI is based in Irving, Texas, and has a local regional office in Carmel Valley.