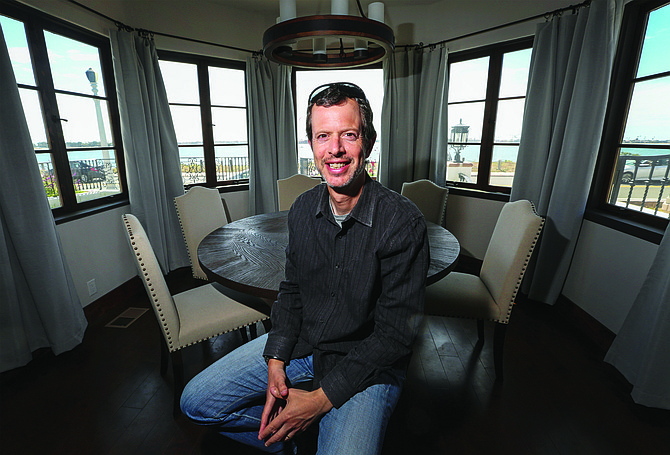 Tech entrepreneur Dean Rosenberg, a behind-the-scenes regular in the startup crowd, will be stepping into the top leadership role at the Tech Coast Angels San Diego in 2018. His appointment is the latest move by the angel group to stay competitive in a crowded landscape for early-stage investors.

The group’s board recently voted Rosenberg to be the next president of TCA’s local chapter, giving him the role of administrative head of the board of directors starting January 2018. Rosenberg is replacing Sergio Gurrieri, who began serving as president of the nonprofit during 2016 and will continue in that role till 2018.

The role of president is a volunteer gig, usually voted on by members of TCA’s board every two years. TCA’s local executive director, Ashok Kamal, said Rosenberg is especially equipped to lead the group moving forward. That’s because Rosenberg is a serial tech entrepreneur that’s used to “changing with the times.”

“Amidst a changing entrepreneurial and early-stage investing landscape, there is intense competition for the best deals and virtual platforms are replacing archaic practices,” Kamal said. “This environment requires a ‘startup’ mindset to stay relevant and keep pace. Dean exemplifies a true entrepreneurial mentality, because he's never had a ‘real job’ and he is a successful, visionary technology entrepreneur.”

Early-stage investing is an increasingly crowded game with alternative sources of fundraising on trend (think Kickstarter and Reg A+ crowdfunding). In fact, Rosenberg is the second TCA appointment who’s been lauded by the organization for being modern and well-equipped to keep the organization current. Kamal, who was appointed executive director back in 2016, was brought in — in part — to keep the angel group agile and relevant.

Rosenberg is not new to TCA, however. Nearly a decade ago, Rosenberg sat on the other side of TCA’s table when he pitched to a room full of TCA investors as an early-stage startup. Then in 2014, he joined as a member and later became chair of the investment committee.

Kamal thanked the outgoing president Gurrieri in an email, saying he was “instrumental to TCA-SD's evolution, developing our infrastructure, community and strategy to thrive.”