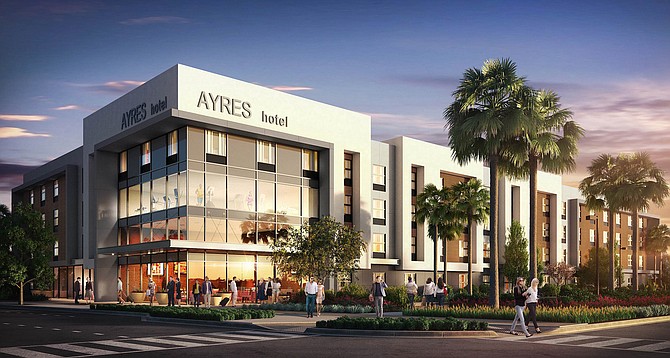 Developers have slated an Aug. 15 ground-breaking for the Millenia Commons retail center and a 135-room Ayres Hotel, being built at the Millenia mixed-use development in Chula Vista.

Both elements are among several projects now underway or planned by several developers, totaling several billion dollars, in the 210-acre community near state Route 125 and Birch Road. The project is being overseen by San Diego-based Meridian Development, on behalf of property owner Stratford Land of Dallas.

Work is progressing on more than 1,000 homes and apartments and an upcoming 500,000 square feet of office space, along with retail, hotel and civic amenities.

Costa Mesa-headquartered Ayres Hotels is building what it describes as a boutique hotel at Millenia, to open in 2018. Ayres currently owns and operates 21 Southern California hotels, including Ayres Lodge in Alpine.