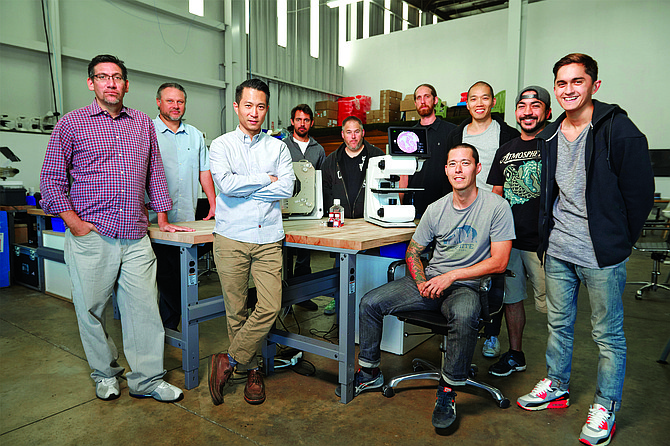 San Diego — Two powerhouse startup groups are ditching solo acts and teaming together for the first time to put on a pitch competition with more cash and (it is hoped) a bigger audience.

ended up raising several million dollars from investors who attended the event.

The event is a favorite among local startup organizations, and this year San Diego Venture Group is teaming up with Tech Coast Angels to put on the event. That’s big news, because the Venture Group has a pitch event of its own called SDVG Pitch Fest, which was expected to take place in December. But that event is instead being folded into Quick Pitch in an effort to make a bigger impact, said Mike Krenn, president of San Diego Venture Group.

“There’s too much redundancy in San Diego,” Krenn said in an email. “This isn’t about SDVG or TCA. This is for the benefit of our startup community. Quite frankly, it’s what we should be doing. Leadership isn’t just about leading our organization, or their organization. It’s about leading the way for San Diego as a community, so that the noise reverberates outside of San Diego as well as inside. That’s what we’re trying to do. And together, we create a much bigger and better impact for our market than flying solo.”

Now, the event requires one application for all companies, and there’s only one event to ask investors to attend. Not to mention, the groups combined can dole out more money. Last year, Quick Pitch awarded $30,000 to the winners. This year, they’ll have $50,000 to hand out.

But Quick Pitch often leads to more cash than the prize money.

Last year’s winner, Echo, actually ended up scoring about $7.5 million in a Series A round it wrapped up just months after the competition. The round was led by San Francisco-based Dolby Family Ventures, along with TCA’s investor syndicate.

Here’s what founders need to know about this year’s Quick Pitch competition:

What is Quick Pitch? Entrepreneurs are given two minutes each to pitch their business to an expert panel of judges, and an audience of investors, business executives, and the general public. The audience ultimately picks the winner. Judges are given three minutes each to provide feedback on the pitches, which helps influence the audience in their voting decision. The 10 company finalists will receive coaching, and the top three winners will be awarded a combined $50,000 in cash, plus additional business services from sponsors.