San Diego — Industry opposition is likely to be huge, but Jason Hughes is pushing for California to go a step further when it comes to dealing with the practice of brokers representing both landlords and tenants in the same real estate deal — by banning it altogether.

Assembly Bill 1059 was recently referred to the Assembly’s judiciary committee, but as of press time was not likely to be formally reviewed in a public hearing until January or February 2018 at the earliest.

Like most states, California has moved to require disclosures prior to deal closings that a broker represents both sides, but has not banned the practice outright.

Hughes was among the originators of a 2014 bill —- introduced by state Sen. Ben Hueso, D-San Diego, and passed into law in 2015 — which brought the commercial industry in line with residential real estate by requiring agents to disclose dual-agency ties.

However, Hughes said the law is not being enforced, and disclosures are often made by brokers to clients at the last minute, while other paperwork is being signed near the closing of deals.

Lawmakers are now rethinking the issue of dual agency amid questions raised last year by a dispute over a residential real estate deal that ended up in the California Supreme Court. That case, Horiike v. Coldwell Banker Residential Brokerage Co., concerned a dispute over the reported square footage of a Malibu house; it was listed at 15,000 square feet but turned out to be 11,000 square feet.

The Supreme Court ruled that Coldwell Banker, in representing both sides in the Malibu deal, owed the buyer a fiduciary duty to confirm and disclose all information affecting the value or desirability of the home.

Hughes said issues raised by that case have prompted lawmakers to think about the broader issue of dual agency and whether any further changes in the law might be required, though it remains to be seen whether legislators will go as far as an actual ban on the practice.

“The lawmakers agree that dual agency represents a conflict, but they’re still figuring out how to deal with it,” Hughes said. 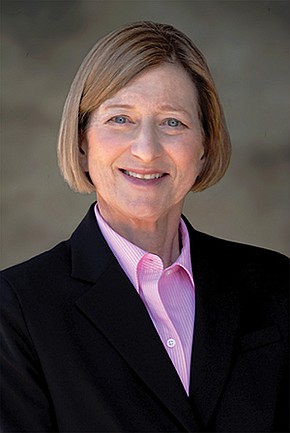 Broker groups in both the commercial and residential real estate industries have already begun mounting opposition to the proposed ban. Local commercial brokers including Linda Greenberg contend that prior California disclosure legislation reinforced policies that already existed within an extremely competitive industry, related to brokers upholding their fiduciary responsibilities to clients.

She said broker licensing procedures are strict, with several avenues in California for consumers to file grievances over broker actions, though there are few indications that dual representation in commercial deals is generating complaints from the public.

“It’s a solution in search of a problem that doesn’t exist,” said Greenberg, a principal in the San Diego office of Lee & Associates who primarily handles industrial property transactions in southern San Diego and elsewhere in South County.

About half of her business is done on behalf of landlord clients and half for tenants, with dual-representation situations relatively rare.

But if dual-agency is banned outright, Greenberg said, it could put an unwieldy burden — potentially time- and cost-consuming — on smaller tenants and buyers to screen all or most of the broker representation situations in a market as they search for appropriate properties.

Hughes has long railed against what he and other tenant-focused brokers maintain is an unfair advantage that commercial landlords — often large corporations represented by brokerage firms that can also be large in reach — have enjoyed over tenants for more than a century in the U.S.

“I know of some small companies that have gone out of business because of a bad lease,” Hughes said. “It’s a David and Goliath situation where the tenant is David and he has no rock or slingshot or anything; meanwhile Goliath has the army and he’s beating the heck out of David.”