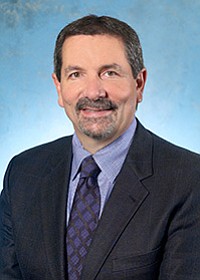 Petco announced Tuesday that chairman and CEO Jim Myers, who has headed the San Diego-based retail chain since 2004, is retiring.

Myers, who joined Petco in 1990, will be succeeded by company president and chief merchant Brad Weston on Feb. 1, the company said in a statement.

Weston joined Petco in 2011 after stints at Dick's Sporting Goods, May Merchandising Company and Robinsons-May.

The move is in line with Petco’s long-term succession plan, the company said.

In late 2015, Petco was acquired by private equity firm CVC Capital Partners and the Canada Pension Plan Investment Board; the firms struck a $4.6 billion acquisition deal with Petco’s holding company.

Petco operates more than 1,470 stores, including Unleashed by Petco, its small-store concept, in the U.S., Mexico and Puerto Rico.

Myers said he plans to continue “serving the company in an advisory capacity and as a board member going forward.”