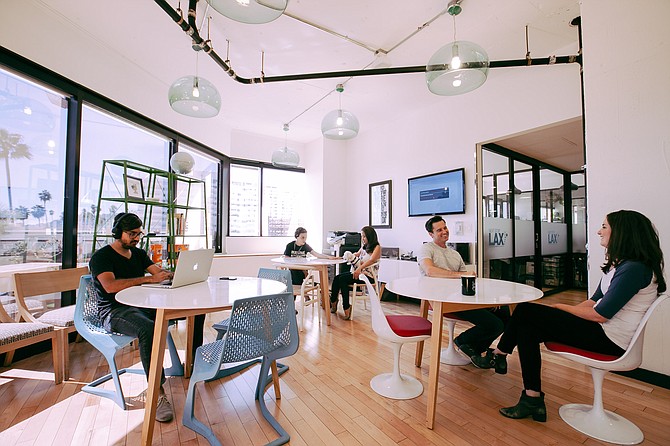 New York City-based WeWork announced Tuesday that it will open a 90,000-square-foot coworking facility in the heart of downtown San Diego.

“San Diego is a dynamic and growing ecosystem that fuels diverse industries from life sciences to health-tech and defense,” said Jon Slavet, WeWork General Manager for the Western Region, in an email. “We are committed to contributing to this community by inviting both entrepreneurs and larger enterprises to join our global network of like-minded members who are creating a new way to work.”

The facility will be the largest coworking space in the city, trumping the footprints of newly launched Downtown Works and the expanded DeskHub by more than 60,000 square feet.

WeWork is a giant of the shared office market, with a valuation of $16 billion even though the company is only six years old. Founded in 2010, its success was the catalyst to the coworking trend we know today.

WeWork has more than 65,000 members representing nearly 10,000 companies in a real estate portfolio of more than 7 million square feet in more than 100 buildings.

Rumors that WeWork was coming to San Diego have been circulating for months in the tech community, but the company would not confirm the gossip until today.

The San Diego space will be located at 600 B St. (the Bridgepoint building), spanning six floors and including a parking garage.

WeWork members will have access to health care, payment processing, IT support, payroll, legal, educational programs and other kinds of training.

Owners of San Diego’s existing coworking spaces say they’re not afraid of the competition WeWork might bring, but rather think the company’s presence will build up San Diego’s startup community.

“WeWork coming to town is the best thing that could happen to San Diego’s coworking scene,” said Wolf Bielas, co-founder of Downtown Works. “It validates the city, and it validates our startup community.”

WeWork expects to open its Gaslamp location sometime this winter.