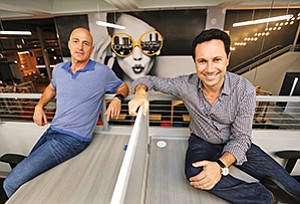 San Diego — UPDATE: WeWork announced Sept. 27 that it will open a 90,000-square-foot facility at 600 B St. The location will span six floors, with room for teams of 1 to 280. WeWork expects its San Diego location will open this winter.

Two new coworking spaces are opening in downtown San Diego, both with massive square footage and a more polished presence that undoubtedly will fuel the city’s emerging startup economy.

A popular newcomer is New York City-based WeWork, a $16 billion giant of the shared office market. WeWork, with its trendy offices and innovative business model, is one of the most valuable startups in the world. Founded in 2010, its success was the catalyst to the coworking trend we know today.

The company has 100 locations across the globe, and honestly, it’s a bit surprising that San Diego doesn’t already have a WeWork of its own.

Rumors that WeWork was coming to San Diego have been circulating for months in the tech community, but the company has yet to confirm the gossip. 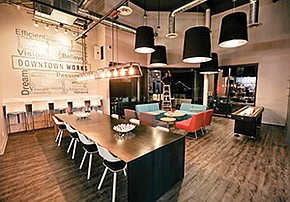 A new coworking space and accelerator in San Diego.

“While WeWork is always looking for new neighborhoods and new opportunities, we have nothing to announce in San Diego at this time,” wrote a WeWork representative in an email.

Sources familiar with the deal said a contractor was already in place for the project, and estimated that WeWork would be opening its downtown location sometime in December. City officials, however, said that timeline may be unrealistic as WeWork still needs to meet with city reviewers on the project. 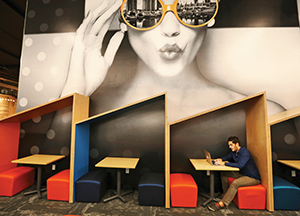 Although WeWork did not confirm the announcement, the company is advertising job openings in the San Diego area, including positions for an associate community manager and a front desk associate.

Market on the Move 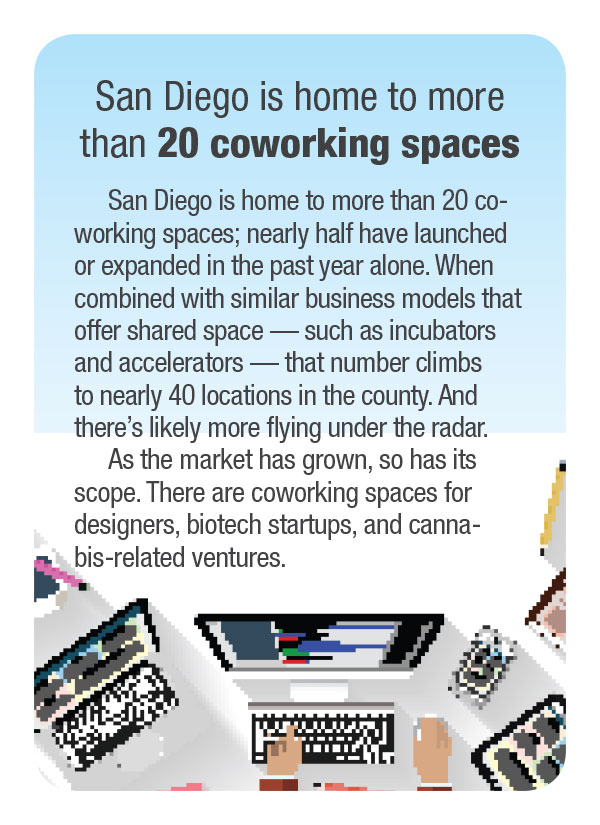 If the rumors are true (and all signs indicate they are), WeWork will be joining an increasingly hot coworking market in San Diego.

Last month, Arizona-based DeskHub expanded its coworking space in Little Italy by about 50 percent, adding 8,000 square feet to its existing space (now totaling 23,000 square feet). And just this month, a new player to the market opened one of the biggest coworking locations in town: Downtown Works.

The new $9 million Downtown Works facility is a fancy addition to San Diego’s coworking scene, with stunning office space sprawling three stories. It stands apart from many coworking spaces already in town, many of which are characterized by recycled furniture and a sparseness that borders on neglect.

“Go big or go home, right?” said co-founder Michel Cohen, a real estate investor, longtime trader, and principal of Walket Capital. “We could have done it carefully. But in the stock market, we call that a ‘chicken trade.’ We decided if we were going to do it, then we would do it right.”

Co-founders Cohen and Wolf Bielas said the founding team targeted the building for its prime location. Situated on the corner of B Street and India, the now-striking office building was once abandoned and in disrepair.

Today, the office space shows no trace of neglect.

The coworking space, which opened in early September, is already home to eight startups, including Industry Careers, which chose San Diego (and Downtown Works) over locations in Los Angeles, San Francisco, and Seattle.

“There’s a lot of growth and construction in downtown San Diego, and I think that’s a clear sign of things to come,” said Cody Barbo, founder and CEO of Industry.

Downtown Works currently houses about 60 individuals, and can accommodate up to 200, the founders said.

Bielas and Cohen, who founded and run the coworking space, said Downtown Works is more of a long-term investment in San Diego’s startup economy rather than “a real estate play.”

“This is a prime location, and if we needed to get tenants in the building we could have this place rented in a heartbeat,” Bielas said.

The founders own the building, Cohen said, and have no intention of offloading the space to the first bidder.

“We’re in a phase of our life where we don’t need to worry about making payroll,” Bielas said. “Our kids are grown and successful on their own. This is my retirement. I basically built my sandbox, and now I want to play in it.”

Bielas and Cohen both run investment firms that dabble in early-stage deals. Those companies, Walket Capital and Wolfpack Ventures, are now operating on the ground level of Downtown Works. This could be another benefit to Downtown Works tenants, Cohen said, as the investment firms intend to sink capital into startups more often.

“That’s a big reason we built Downtown Works,” Cohen said. “We want to do these kinds of investments more often.”

Tenants may also benefit from the presence of OurCrowd, an equity crowdfunding website that’s now a tenant of Downtown Works.

Jeff Winkler, co-founder of Origin Code Academy and longtime coworking tenant, said he’s excited to see investors based in Downtown Works, as it will “up the bar” for other coworking spaces in San Diego.

“They’ll start partnering with investment groups, too, knowing that companies will follow,” Winkler said in an email.

The business model of Downtown Works — and many other coworking spaces — depends on the growth and success of startups. As companies grow, they take up more real estate within a tiered membership model.

As a result, some coworking spaces have folded educational programming, support networks, and other elements of a “business accelerator” into their coworking model. Downtown Works anticipated the trend, and launched its own, native accelerator program earlier this month. They’re joined in the trend by DeskHub, which recently announced a partnership with startup accelerator, CONNECT, and CyberTECH, which launched a low-rent program this month to help newer members flourish.

Bielas said he envisions a city peppered with coworking spaces that run independently but work together—all contributing to the startup economy that fuels the greater economy.

“In cities like New York, coworking is as common as Starbucks,” Bielas said. “They’re on every corner.”

While a tad hyperbolic, it’s true that coworking giant WeWork has 32 locations in New York City alone, and many real estate tycoons consider coworking “the new world of work.” Now that WeWork will likely join local coworking spaces by the end of this year, San Diego is the new frontier.

“This will be great for the downtown ecosystem,” Winkler said. “I think, looking back five years from now, we’ll identify this as the first step. We now have multiple coworking spaces where the community can and will collaborate.”

Instead of seeing WeWork as competition to Downtown Works, Bielas and Wolf say they are excited about the news.

“WeWork coming to town is the best thing that could happen to San Diego’s coworking scene,” Bielas said. “It validates the city, and it validates our startup community.”

Cohen added, “The more coworking we see in San Diego, the better.”