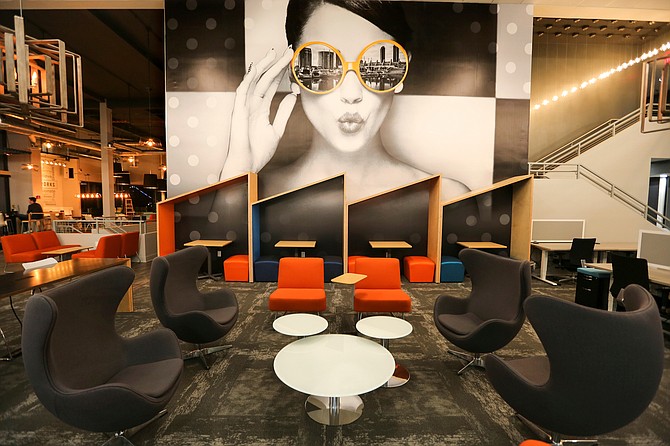 The accelerator, called Plug and Play Tech Center, has helped raise over $3.5 billion for startups in its community, according to a company press release, including companies like Dropbox, Lending Club, and PayPal. Since its launch in 2006, Plug and Play has funded over 400 startups and is currently investing with 180 Silicon Valley VCs.

San Diego was the first U.S. satellite city selected by the Plug and Play Tech Center back in 2013. The company, which is both an accelerator and a venture fund, has had a “virtual presence” here for the past few years, but San Diego founders and partners Alex Roudi, Robert Reyes, and Gabriela Dow said Plug and Play San Diego needed a physical hub during its next growth phase.

“Our goal has always been to focus on sourcing, funding, and accelerating the growth of promising San Diego tech companies,” Roudi said in a statement. “We were able to do that virtually for a few years but knew that establishing a physical location would be necessary to support our growth and strengthen our local tech startup community.”

Plug and Play San Diego has already provided 15 local startups with $25,000 in funding and the opportunity to spend three months at the Plug and Play Tech Center in Sunnyvale (which culminated in a pitch event).

“We have been waiting for the right location to allow us to spend more time with the local tech startup community and ramp up events,” Roudi said.“By teaming with Downtown Works and operating out of their location at 550 West B St., the Plug and Play accelerator will keep funding and supporting as many great San Diego teams and solutions as we believe will thrive in our unique program.”