San Diego — Much is made of how San Diego measures up to the nation’s top startup communities of San Francisco, Silicon Valley and New York City.

Startups are fast-growth companies that can inject energy and innovation into business communities, spurring the overall economy. It’s no wonder that every major metro area in the country is starting to nurture its startup community.

The question is: what can San Diego do to improve?

We thought it would be helpful to see how the area stacks up against competitor cities such as Los Angeles; Portland, Oregon; Denver and Boulder, Colo., in terms of ingredients considered important to nurturing startups. Based on information gleaned from numerous sources, here are our own ratings out of five stars.

The jobs are here. Thanks in part to local human genome research, San Diego boasted the nation’s second-highest concentration of science employment in 2015, above San Francisco and San Jose but behind — surprise! — the agribusiness capital of Des Moines, Iowa. A separate survey focused more on San Diego’s bioscience, communications technology, aerospace, cybersecurity and clean-technology found the city ranked second in concentration of science and engineering professionals.

A five-point survey of people’s well-being found San Diego County ranked fourth among U.S. large communities in 2014-15, below Santa Clara County (No. 1) but ahead of the Bay Area (No. 6) and Los Angeles County (No. 9). The survey looked at physical health and access to food and health care, while also gauging respondents’ sense of purpose, financial security, community connections and social relationships.

San Diego’s main competitor for tech workers, Los Angeles, barely won out in a 2016 comparison of the two cities’ tech salaries after adjusting for cost of living. After factoring in cost of living, San Diego’s average of $76,641 was 5.3 percent lower than LA’s. Growing iconic companies in San Diego and having a vibrant and maturing startup hub could boost overall job market attractiveness. 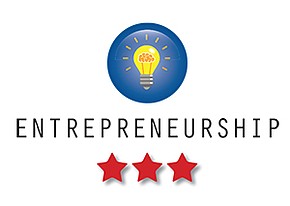 San Diego placed 11th on a 2016 list of 40 U.S. hubs ranked by startup activity such as the rate of business launches. The city fared better than Atlanta and Dallas but worse than Denver and Phoenix. The same organization behind that ranking found San Diego placed sixth on a 2015 list of 10 U.S. startup hubs sorted by how many workers companies added, on average, five years after they were founded. On that ranking, San Jose was tops, followed by Washington, D.C., with San Diego just edging out San Francisco, which tied with Nashville for the seventh spot. The growing concentration of incubators, accelerators, coworking and other startup resources in San Diego may contribute to more entrepreneurship in the coming years.

The San Diego Economic Development Corp. rated the city 8 out of 50 U.S. metros for tech talent, particularly in the area of software. The report looked at things like computer science degrees per capita, computer or math degree attainment and employee retention.

CBRE Research, however, looked at a larger pool of technology talent — everyone from computer hardware engineers to information systems managers — and scored the city 16th among the nation’s top 50 in a 2016 ranking. Orange County came in 14th, Minneapolis 15th, Detroit 17th and Denver 18th.

Though expensive by other standards, housing is more affordable for San Diegans than it is for our biggest neighbor to the north. San Diego’s October 2016 median two-bedroom apartment rents came in at $2,100, or 20 percent lower than those in Los Angeles. We’re a steal compared with San Francisco and New York City, but it’s still cheaper to rent in Long Beach or Anaheim. It’s not much different for homebuyers. San Diego County’s median home price in August, $563,000, was 8 percent above LA County’s, but 25 percent below Orange County’s median and a 55 percent behind San Francisco’s.

The decentralized composition of San Diego’s technology sector lowers its profile somewhat. And although the entry of high-flying companies such as Google, Fitbit and GoPro strengthens its standing, the city’s average office rate in summer 2016 — $30.12 per square foot — is pricey compared with most western and secondary markets. A recent ranking put the city’s tech office market just ahead of Boulder and Denver and right behind Atlanta and Chicago. Separate research ranked San Diego’s 12.7 percent office rent growth between the second quarters of 2013 and 2015 as 10th nationwide, just below New York’s 14.1 percent and Dallas/Fort Worth’s 13.4 percent. Again, the recent addition of new coworking space downtown (DowntownWorks, WeWork) is expected to make the San Diego market more attractive to startups due to low-cost options in shared office space. 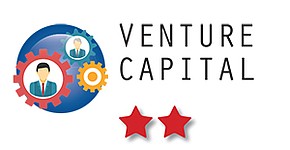 In terms of attracting venture capital to local startups, San Diego’s $351 million during 2016’s second quarter was among the highest nationally, just shy of the entire Southeast and ahead of the Northwest. It’s important to note, however, that the vast majority of VC money goes to San Diego’s life science industry. Biotechs don’t always fit the bill of traditional startups, however, because startups are known for scalability and fast-growth. Drug development — one of San Diego’s strong suits — can take a decade or more to reach profitability. This is why it’s important for San Diego and other startup communities to have a strong tech sectors, as well. Mature tech hubs bring in VC that dwarfs San Diego’s total haul (Silicon Valley’s $8.1 billion or Los Angeles and Orange counties’ combined $2.1 billion). San Diego’s local tech sector relies heavily on the angel community, and struggles to attract VC. This is why we’ve rated local venture capital at two stars, despite total VC hauls that appear impressive on paper.