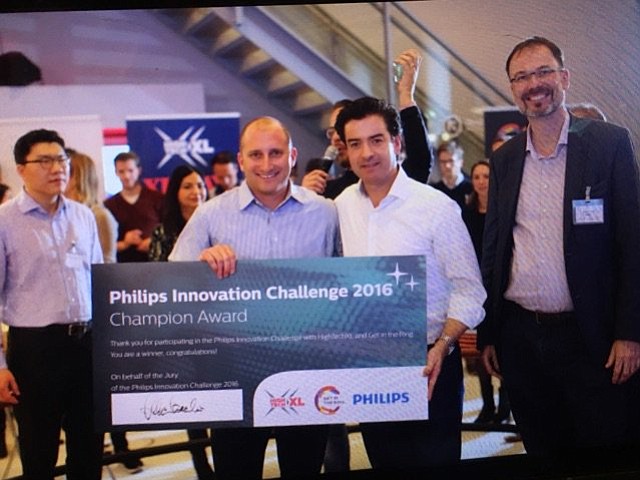 Medical software firm CureMetrix Inc. has won first place at the Philips Innovation Challenge, landing the startup a contract with global technology firm Philips, along with other partnership benefits.

The innovation challenge, which took place earlier this week in the Netherlands, was a competition between 90 medical startups who applied for a chance to pitch the global technology firm. The event was co-hosted by startup accelerator HighTechXL and startup competition group Get in the Ring.

Only 10 startups got the opportunity to pitch, and CureMetrix took home the trophy.

“We literally had to get into a boxing ring with lights shining down on us,” Harris said. “Then two companies had to pitch at the same time, head to head.”

Harris said the competition consisted of five rounds, each only 25 seconds long.

“They literally took our mic away after 25 seconds,” Harris said, laughing. “When they say 25 seconds, they don’t mean 28 seconds.”

CureMetrix is a startup fighting cancer with artificial intelligence. The company has developed an algorithm for image analysis, which is currently being tested to identify lung cancer in X-rays and for breast cancer detection in mammograms.

Harris said Philips guaranteed the winner a contract and a pilot program, although details are not ironed out yet on what that will mean for the startup.

“It’s not entirely clear to them or to us,” Harris said, as this is the first time Philips participated in this particular pitch event.

Since Harris returned from the event, he’s already had a meeting with a local Philips representative, and says the two companies are “working through the details” now.