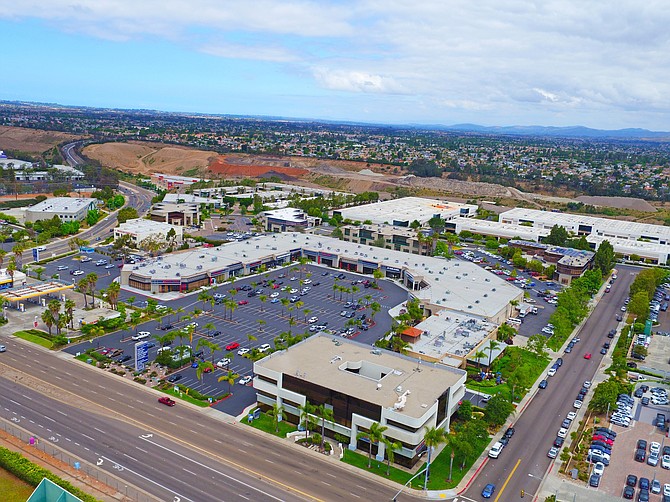 The seller of the properties was Miramar Commercial Center Ltd., which includes an affiliate of La Mesa-based Hanken Cono Assad & Co. Inc. (HCA Inc.), according to CoStar Group and public data.

A Voit statement said the properties in the deal were the two-building Miramar Landing, a retail and entertainment property at 8990 and 8998 Miramar Road; and the office property known as the Clayton Building, at 8996 Miramar Road.

The properties in the deal span 10 acres and were originally built in 1985. The buyer and seller were represented by Voit’s Brandon Keith, Randy LaChance and Ryan Bracker.

The buildings were operated by the seller for 27 years, along with HCA Inc., which served as general partner and asset manager.

“It is rare for two institutional-quality assets to become available on one of the most heavily trafficked thoroughfares in San Diego,” Keith said in the Voit statement.