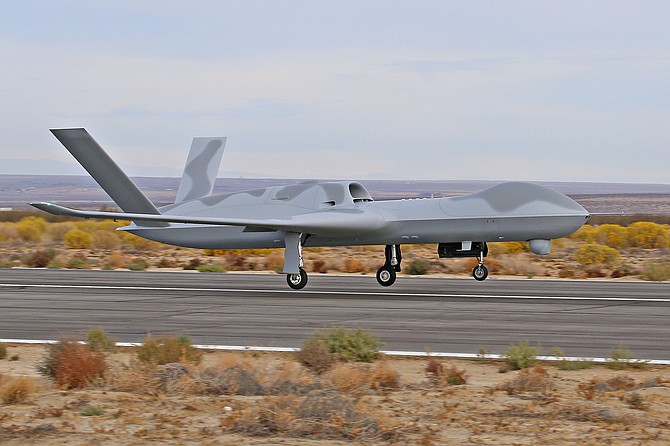 The aircraft can carry JDAM bombs, Hellfire missiles and sensors to collect intelligence.

Poway-based GA-ASI is an affiliate of privately held General Atomics. The business used its own funds to develop the aircraft.